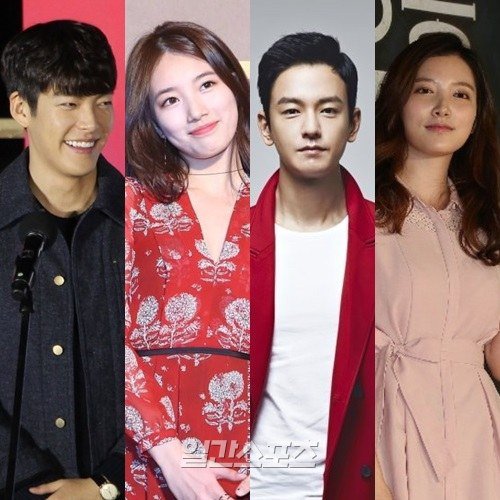 According to drama officials, the four had a meeting with the production team on the 10th and the results were encouraging.

"Uncontrollably Fond" is about a man and a woman with a painful past reuniting as a super star and a documentary PD.

This drama is written by Lee Kyeong-hee who also wrote "Nice Guy", "Thank You", "Sorry, But I Love You" and more.

Kim Woo-bin is playing the super top star named Sin Joon-yeong, a singer and actor. He is good looking and intelligent at the same time.

Im Joo-wan plays Choi Ji-tae, director of headquarters in KJ Group. He is good looking, skilled, has a great personality and is from a rich family. He's gentle and sweet and is modest.

Lim Ju-eun is the team director of KJ Cosmetics named Yoon Jeong-eun. She's the daughter of a mother who turned her father into a strong candidate for presidency and has produced prime ministers for generations. She was born in a royal family.

"Kim Woo-bin, Suzy, Lim Ju-hwan and Lim Ju-eun to star in "Uncontrollably Fond""
by HanCinema is licensed under a Creative Commons Attribution-Share Alike 3.0 Unported License.
Based on a work from this source