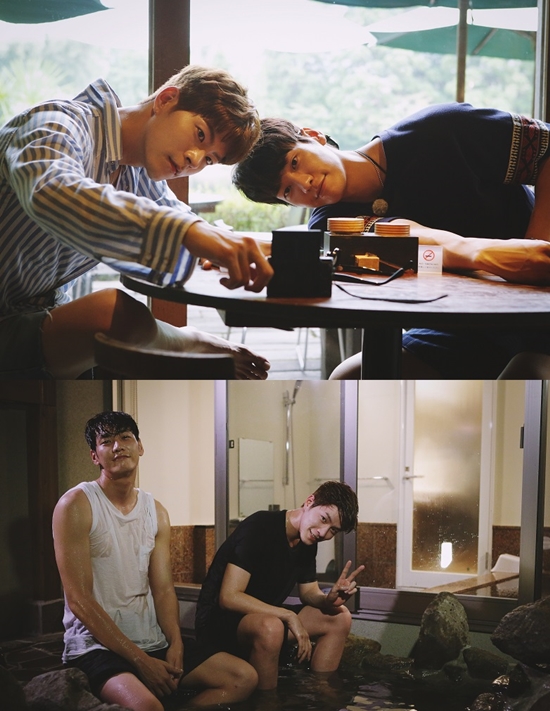 Kim Young-kwang and Hong Jong-hyun will leave to Kyushu, Japan.

The first episode of MBC Every 1 travel show, 'Hello, Kyushu' starring Kim Young-kwang and Hong Jong-hyun has been revealed through Naver TV Cast.

In the revealed video, the two model turned actors show off their bromance and reveal their unexpected sides that have not been shown previously.

The official Instagram of 'Hello, Kyushu' also has posted a couple of photos featuring the two actors' friendship.

Hong Jong-hyun is currently starring in SBS "Scarlet Heart: Ryeo" and Kim Young-kwang is filming his next movie, 'Wonderful Life – 2016'.

"Kim Young-kwang and Hong Jong-hyun to c-star in travel show"
by HanCinema is licensed under a Creative Commons Attribution-Share Alike 3.0 Unported License.
Based on a work from this source