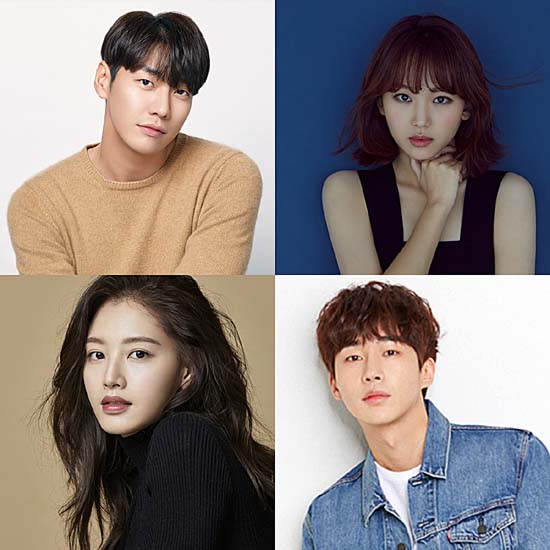 Kim Young-kwang, Jin Ki-joo, Kim Jae-kyung, Mu Jin-sung have confirmed their parts in "The Secret Life of My Secretary", SBS's Monday/Tuesday drama starting in May. The office romcom is about polar opposites who fall for each other in the forms of an icy, demanding boss (Kim Young-kwang as Do Min-ik) and a hard-working, fiery-tempered secretary (Jin Ki-joo as Jeong Kal-hee).

Kim Jae-kyung takes on Veronica Park, a CEO with a few skeletons in her closet, while Mu Jin-sung will be Ki Dae-joo, Do Min-ik's kindly best friend.

Director Lee Gwang-yeong of "Nothing to Lose", "Entertainers", and "Puck!" will join Writer Kim Ah-jeong of "Three Color Fantasy - Queen of the Ring" and "Divorce Lawyer in Love".

"Kim Young-kwang, Jin Ki-joo, Kim Jae-kyung, Mu Jin-sung Line Up for Office Romance"
by HanCinema is licensed under a Creative Commons Attribution-Share Alike 3.0 Unported License.
Based on a work from this source