Kim Young-min Makes Intense Appearance in "Crash Landing on You" 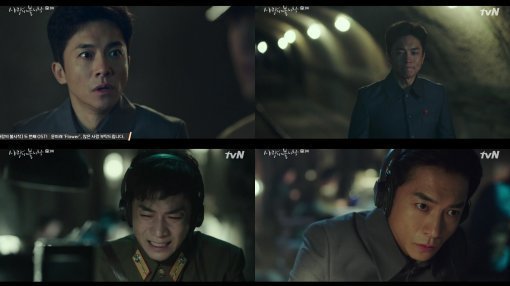 Actor Kim Young-min finally appeared on the episodes of the tvN drama "Crash Landing on You" on the 21st and 22nd.

He plays a soldier named Jeong Man-bok, who is also known as Gwi Ddae-gi. It turned out he had something to do with the death of Jeong-hyeok's (Hyun Bin) brother, Moo-hyeok (Ha Seok-jin).

On the fourth episode of the drama, Man-bok was given the task of bugging Jeong-hyeok's home by Cheol-gang (Oh Man-seok). While Man-bok was buying food for his son at the market, he was robbed by pickpockets and Jeong-hyeok threw himself at them to retrieve Man-bok's wallet. Man-bok seemed overwhelmed with emotions beyond gratefulness.

Kim Young-min's performance earned him some great reviews. The way he cried because of the guilt he felt for Moo-hyeok, and the way his expressions changed ever so slightly as he took out and read an old letter from the wallet Jeong-hyeok retrieved for him delivered his emotions all the way to the viewers.

Meanwhile, "Crash Landing on You" can be seen every Saturday and Sunday at 9PM.

"Kim Young-min Makes Intense Appearance in "Crash Landing on You""
by HanCinema is licensed under a Creative Commons Attribution-Share Alike 3.0 Unported License.
Based on a work from this source