Kim Yun-seok and Byun Yo-han's fantasy romance movie, "Will You Be There" 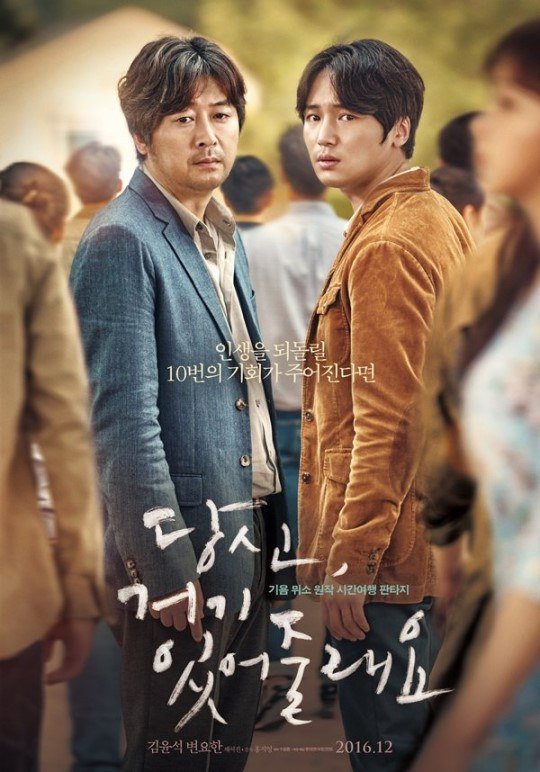 Actors Kim Yun-seok and Byun Yo-han are starring in the movie "Will You Be There" and they have done an excellent job.

"Will You Be There" is the story of a man who takes 10 pills that bring him 30 years into the past, then meets himself and changes something he did back then. This movie is based on a French best seller.

Director Hong Ji-young talks about time, love and our instability through this movie. He chose the most movie-like novel and recreated it in Korean culture.

The movie maximized thanks to Kim Yun-seok and Byun Yo-han. The two take on Soo-hyeon 30 years before and after. Two play one role and they are alike in many ways from speech to habit.

The two Soo-hyeon's experience one happening together and Kim Yun-seok and Byun Yo-han's synergy does more for the movie.

"Kim Yun-seok and Byun Yo-han's fantasy romance movie, "Will You Be There""
by HanCinema is licensed under a Creative Commons Attribution-Share Alike 3.0 Unported License.
Based on a work from this source