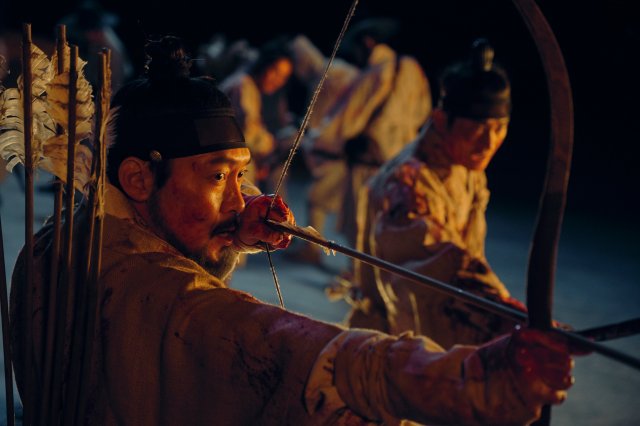 "Kingdom - Season 2" is a mystery thriller about the struggles of Crown Prince Yi Chang (Ju Ji-hoon), who can no longer trust anyone in Joseon, where the dead have come alive and the royal throne is being sought after. Stills of Park Byung-eun and Kim Tae-hoon were released on the 10th.

Park Byung-eun has played good and bad roles in his past works, and this time he returns as Min Chi-rok, who explores a murder case in Hanyang. Min Chi-rok is a man who persistently follows a case when he finds out that the motive of the murder of a pregnant woman in Hanyang is related to the Second Queen Consort of the Jo clan (Kim Hye-jun). 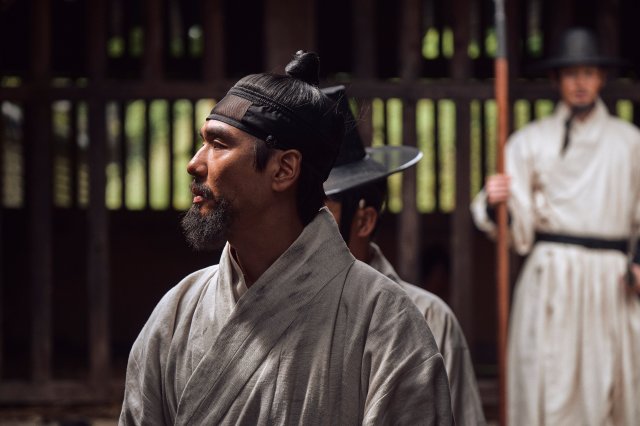 Kim Tae-hoon plays Lee Kang-yoon, the captain of the training team who is loyal to the Haewon clan and a man of principle. Training leader Lee Kang-yoon leads the military down to Mungyeongsaejae Pass under the order of Jo Hak-joo (Ryu Seung-ryong) to stop Yi Chang, who is accused of treason.

Writer Kim Eun-hee-I introduces the two characters by saying, "I wanted to portray a middle class that tried to do their best. Min Chi-rok and Lee Kang-yoon portray the agony and choice of the middle class caught in the confrontation between the Crown Prince and Jo Hak-joo at its highest, and the suffering of the people facing the threat of life and death at the lowest point of society". 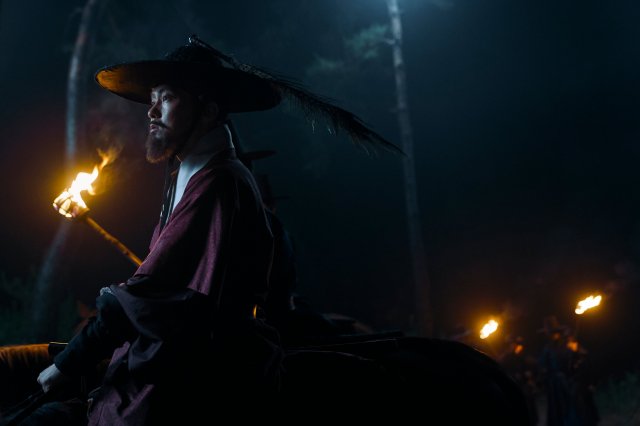 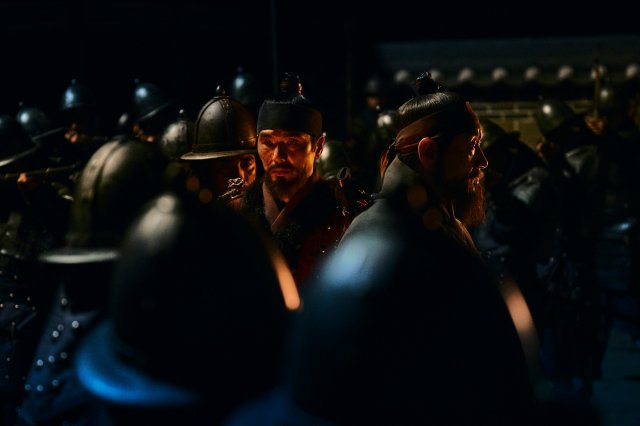 ""Kingdom - Season 2" Park Byung-eun and Kim Tae-hoon Jump into a Blood War"
by HanCinema is licensed under a Creative Commons Attribution-Share Alike 3.0 Unported License.
Based on a work from this source