"Kingdom: Ashin of the North" Writer Kim Eun-hee-I, "I Would Have Knelt Down to Cast Jun Ji-hyun" 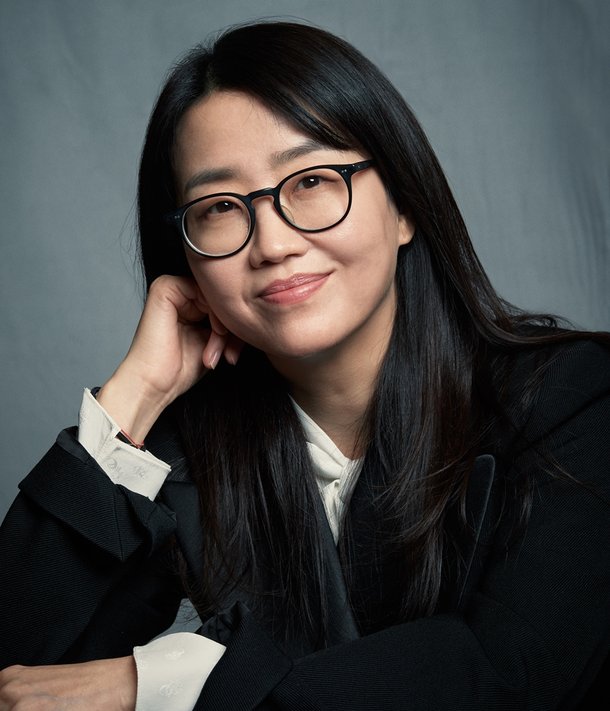 Kim Eun-hee-I (49), the writer of "Kingdom: Ashin of the North" confessed that she could not think of any other actor other than Jun Ji-hyun.

Kim Eun-hee-I, who presented the special episode of "Kingdom: Ashin of the North" through Netflix, made the remarks through a video interview with SpoTV News on the 29th.

Writer Kim Eun-hee-I said about Jun Ji-hyun, "She has so many cool and colorful images", adding, "I liked her eyes in the movies "The Assassination" and "Berlin". If such an actress played the role of Ashin, I thought she would be able to show deep sadness".

Kim Eun-hee-I, the author, said, "It is not just a role that retains sadness, but it is also serious. I also wrote it with Jun Ji-hyun in mind from the beginning because I thought she would be able to perform action well".

"I worry about 90% of the castings", Kim said, shaking her head and thought, "I thought of hanging on to Jun Ji-hyun's pants at least. I couldn't think of anyone else. I almost fell on my knees and fortunately, she said she'd do it".

"It's not easy to express without lines. Even the action, whether shooting with a bow, running, or climbing on the roof, she makes it look so cool", she said. "Especially, I was surprised when she was running in the field. How could she run like that?"

Writer Kim Eun-hee-I added, "I was so grateful that she showed me such a perfect performance without any lines in the running scene".

"Kingdom: Ashin of the North" which was released on the 23rd, is a special episode of Netflix's original series "Kingdom", which attracted 190 countries around the world due to the K-Zombie wind. Finding the beginning of a great tragedy in which the dead are revived, it tells the story of Ashin (Jun Ji-hyun), a woman who kept the secret and the origin of the tragedy. It depicts the identity of Ashin and her story at the end of "Kingdom - Season 2" with a grim screen and story. Kim Eun-hee-I wrote the screenplay of the entire series, including "Kingdom: Ashin of the North".