"Kingdom" Staff Passes Away from Overworking 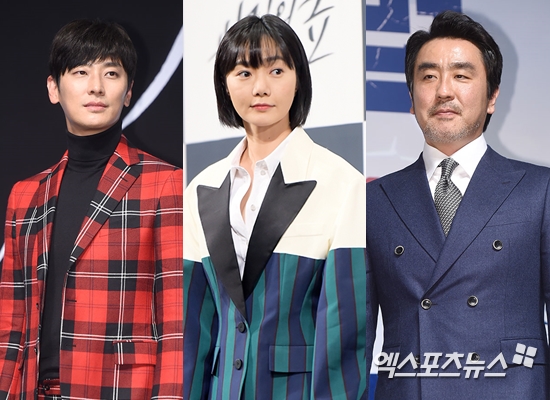 A staff member from the Netflix original drama "Kingdom" passed away on the 16th and the Federation of Korean Movies (FKM) claims it was death from overwork and urges the government to take steps to improve the film and broadcast production sites.

The following is the statement:

There has been an unfortunate death on the set of the drama "Kingdom". According to reports, the deceased was part of the art team and he collapsed on the way home after work. He was taken to the hospital, but didn't make it.

According to the OECD report of 2016, Korea's average worker has an average monthly working time of 147 hours (1,764 hours per year) and the second longest working day after Mexico, the longest working country.

Broadcast workers are working 2.9 times more than the average person every month.

Therefore, it is common that only they only have two days off a month. Even on a day off, they cannot be guaranteed a day off because they must prepare for the next shoot.

"Kingdom" is denying the cause of death as the staff member didn't have work for two days before he passed away.

However, it is not just the matter of long term labor for staff on the art team as they have to make additional preparations.

In fact, the art team works more than the statistics of other broadcast workers even on days without shoots. They have to cut back their sleeping time to prepare for future shoots.

The start and finish of a movie or drama is definite, but the additional preparation and clean up time hasn't been calculated and no one checks up on them.

"Kingdom" claims the deceased would have rested because he didn't have work for two days, but this is just ignorance or lies disguised as ignorance.

According to the notification of the Ministry of Employment and Labor, if you continue to work for 60 hours or more a week on average (64 hours a week for 4 weeks before the onset of the illness), it may cause physical or mental overload, which can have a significant effect on the normal function of the cerebral or cardiovascular system.

However, the average broadcast workers works 116.8 hours per week, which is enough to affect serious cerebral blood vessels or cardiovascular vessels and there's no guarantee similar death cases won't happen again on a production field.

The accident was revealed that management and supervision, according to Article 59 Working Time Exempt Industry, was not carried out at all.

Behind all successful movies and high ratings, the people who are exposed to overwork and being worn out are being neglected.

The National Film Industry Trade Union calls on the Moon Jae-in government to work like a person in film and broadcasting production as follows:

First, abolish Article 59 of the Labor Standards Act for a healthy working environment by eliminating human accidents caused by long hours of work in film and broadcasting production facilities that have been neglected for years.

Second, place labor supervisors in all workplaces of the working hours-specific industry until the abolition of Article 59 of the Labor Standards Act.

Fourth, ensure at least 10 hours of rest time between film and broadcasting productions.

""Kingdom" Staff Passes Away from Overworking"
by HanCinema is licensed under a Creative Commons Attribution-Share Alike 3.0 Unported License.
Based on a work from this source