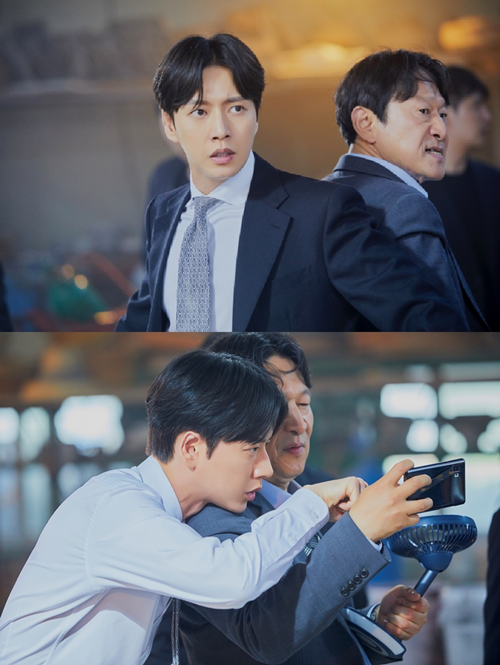 "Kkondae Intern", which has been on the rise since its first broadcast, has topped the overall Wednesday-Thursday series for the first time in June. It then made it to the top for four consecutive weeks, firmly maintaining its undisputed throne. The overall news coverage ranking of "Kkondae Intern", which briefly gave up its No. 1 spot last week, regained the top spot with an overwhelming share in a week.

Meanwhile, in the latest episode, the fiery bromance of Ga Yeol-chan (Park Hae-jin) and Lee Man-sik (Kim Eung-soo), who showed loyalty to save each other while sacrificing themselves, left a deep impression on viewers.

Based on this, the fourth week of June's "Kkondae Intern" was up 16.38% from the previous week.

The unique pleasant atmosphere of the drama drew positive reviews from viewers, and the unexpected story of Lee Man-sik and Lee Tae-ri (Han Ji-eun) and the OST " Friend " involving singer Jung Dong-won have been making headlines day after day.

On top of that, the "Kkondae Intern Counseling Center", which is co-hosted by Park Hae-jin and Kim Eung-soo, is also ranked No. 1 in Naver's audio clip life channel rankings.

""Kkondae Intern" Park Hae-jin and Kim Eung-soo's Chemistry Shines"
by HanCinema is licensed under a Creative Commons Attribution-Share Alike 3.0 Unported License.
Based on a work from this source