"Kkondae Intern" is a satisfying revenge drama about a man who meets his former supervisor again as a rookie intern. It begins on the 20th of May.

The character posters are of the 4 passionate marketing teammates that lead Joonsoo Foods and the gold-spoon second generation chaebol who is CEO only by name. 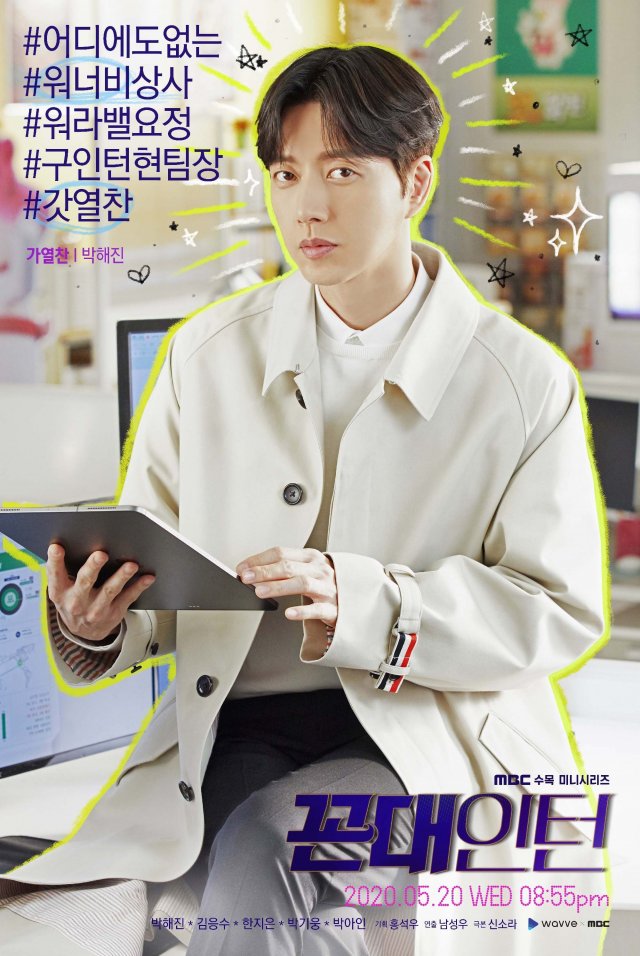 Park Hae-jin (Ga Yeol-chan), a living myth of the marketing sales team who planned a hit product as soon as he joined the company and saved Joonsoo Foods from a crisis, shows the standard 'the most wanted boss' with a passionate look and gentle pose like his nickname 'God Yeol-chan'. In front of him, his boss, who gave him a dark history when he was a rookie in society, appears as a senior intern. Attention is being paid to what choice Ga Yeol-chan will make at a time when the power structure has been reversed. 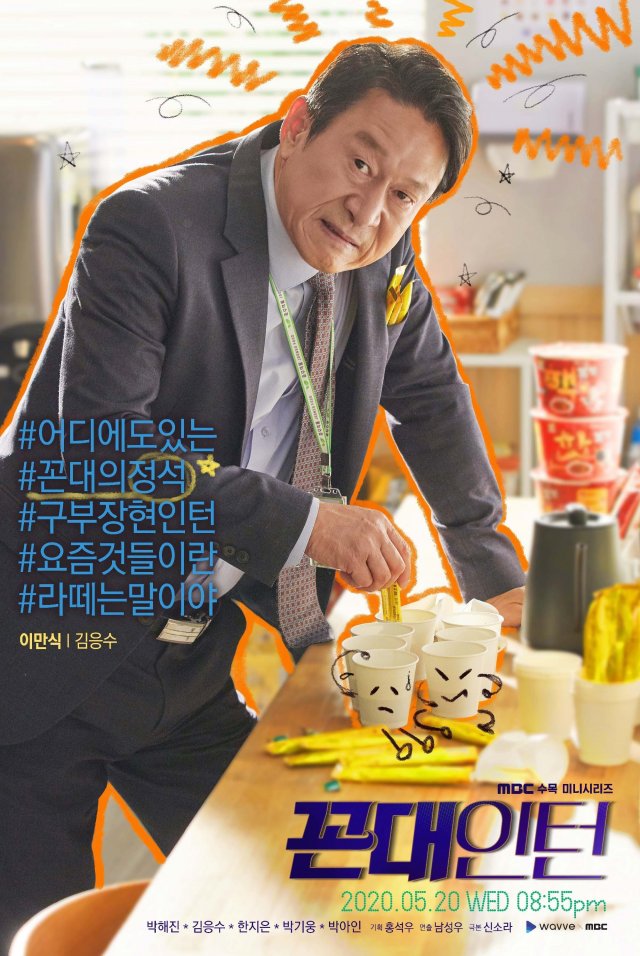 Kim Eung-soo (Lee Man-sik), a senior intern at Joonsoo Foods, who once cleared all the items of the old checklist of being a 'Kkondae', is now the 'oldest youngest' in the office. The exquisite match between his frowning face while making coffee and his #backinmyday copy brings out laughter. 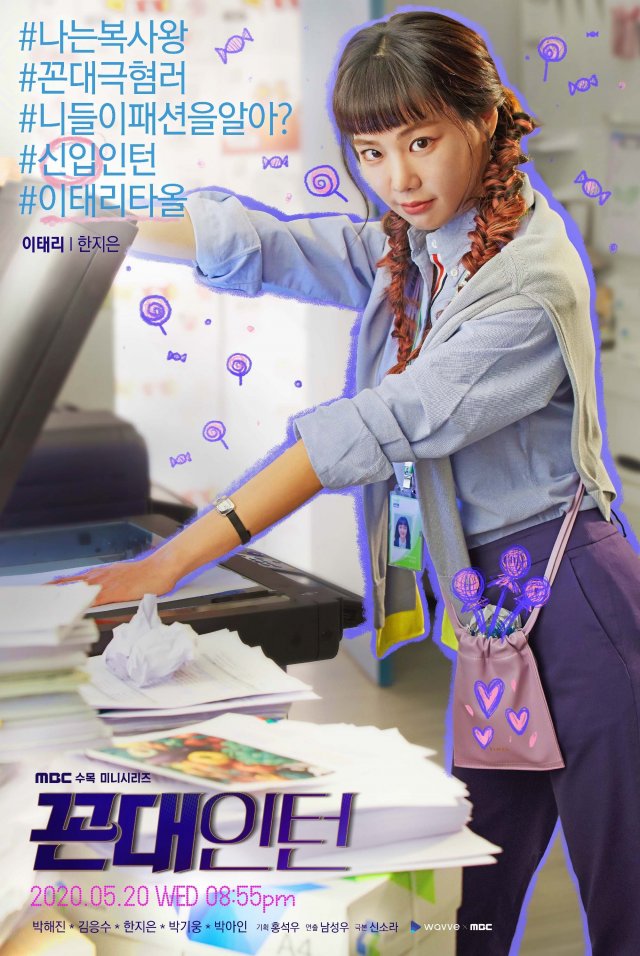 Han Ji-eun (Lee Tae-ri), a cute new intern who hates old people and can't be satisfied until she tries everything herself, poses in front of the copy machine just like her nickname 'the copy queen'. She used to be called 'passionate Mansour' who did not hesitate to do anything trivial for Joonsoo Foods, but she realizes that she is about to end up as a copy queen a week after joining the company. 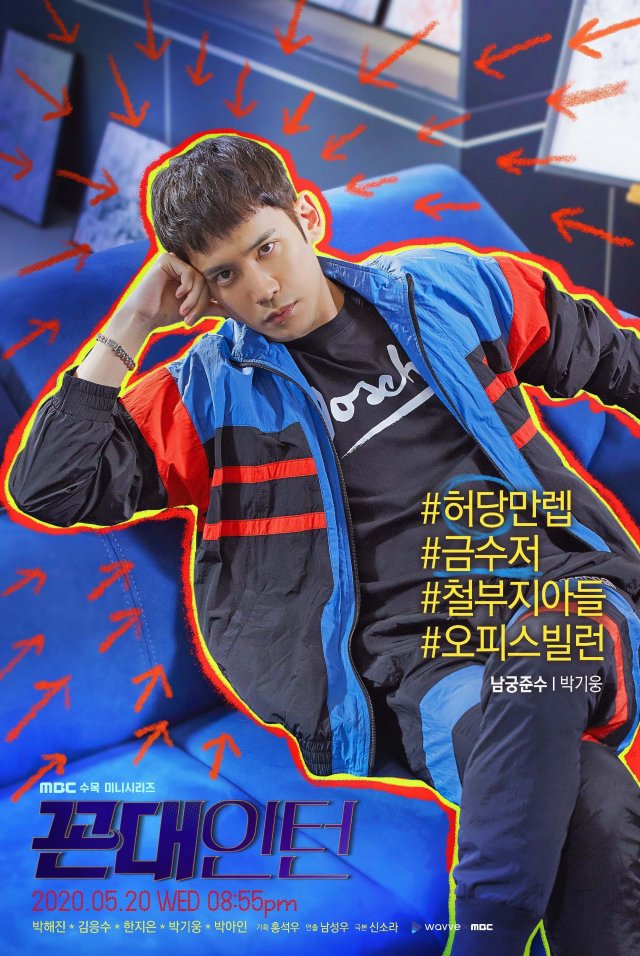 Park Ki-woong (Namgoong Joon-soo), the CEO of Joonsoo Foods, who was born with a golden spoon in his mouth, expresses the character #sloppy, #childish and #officevillain at a glance with his free-spirited clothes and arrogant poses that are far from his position as CEO. It is curious to see what kind of sloppy plan he will face as he feels a sense of crisis due to Ga Yeol-chan, who solidifies his position in the company day by day, six months before the vote for reappointment as CEO. 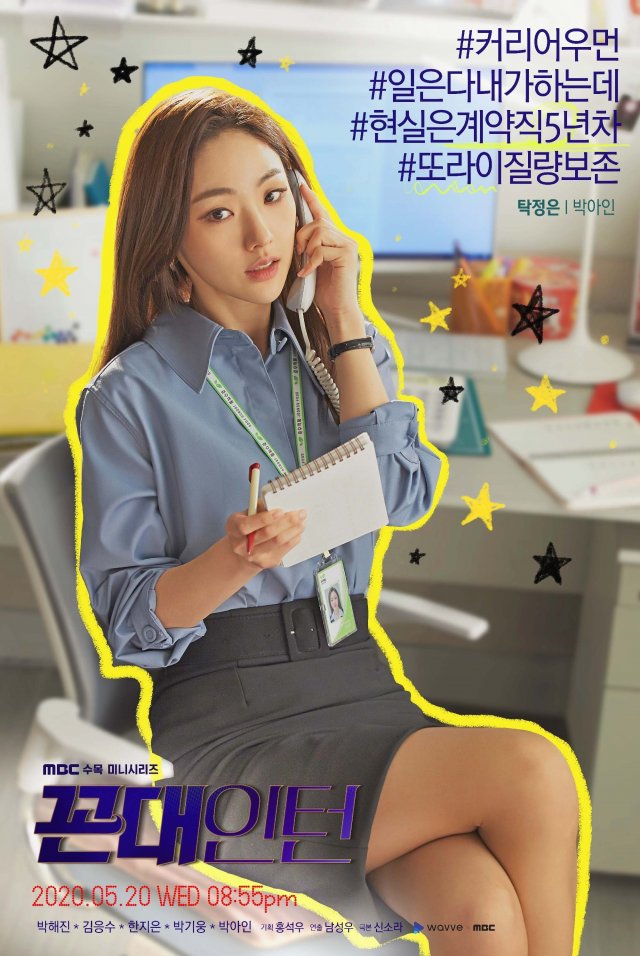 Park Ah-in (Tak Jeong-eun), who has been in contract for five years, but does all the work in the office, is the weird one. She has a gruesome hobby of recording the number of times interns go to the bathroom and the number of mixed coffees they steal, but behind it is the anxiety of non-regular workers who do not want to lose their jobs as contract workers, with 95 percent of all employees being regular workers.

Viewers are already paying keen attention to the turbulent office life of these attractive Joonsoo Foods characters. In particular, the character setting that encompasses both the younger and older generations is expected to create a drama with a consensus beyond one generation for the first time in a long time.

"Kkondae Intern" begins on the 20th at 8:55PM and it will be released on WAVVE simultaneously.

Meanwhile, through a partial reshuffle in May, MBC will maintain its Wednesday-Thursday miniseries at 8:55PM, while the Monday-Tuesday miniseries, which have been replaced by special films, will meet with viewers at 9:30PM, a new time zone.

""Kkondae Intern" Releases Character Posters for Park Hae-jin, Kim Eung-soo, Han Ji-eun, Park Ki-woong and Park Ah-in"
by HanCinema is licensed under a Creative Commons Attribution-Share Alike 3.0 Unported License.
Based on a work from this source