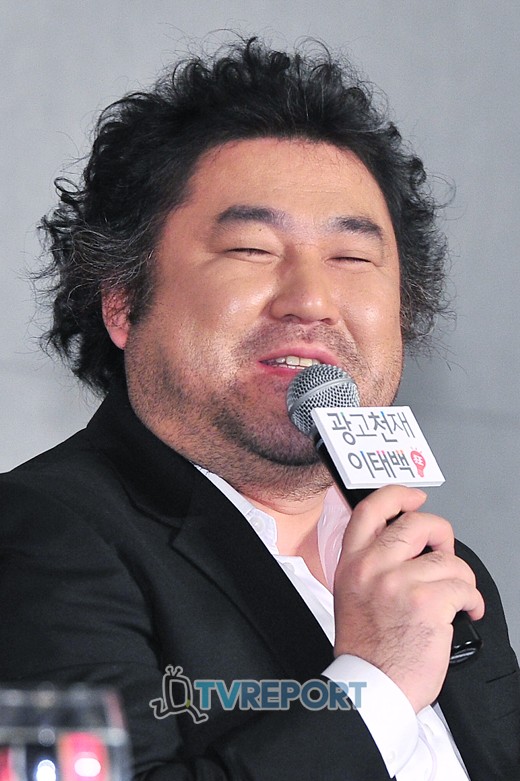 Actor Ko Chang-seok said, "I was offered roles in several dramas unlike Jin Goo" when Jin Goo said, "I didn't star in a drama because I didn't want to. I didn't get any offers" at the press release event of the upcoming KBS 2TV drama "Lee tae-baek".

Currently popular for his appearances in various entertainment programs, Ko Chang-seok said the reason he chose "Ad Genius Lee Tae-baek" was so that he could see how Jin Goo the 'professional gangster actor', performed in the drama he's leading in other than the favorable director and characters.

About his character, he said, "I am trying to get rid of the existing image I have. But still it requires a lot of my usual speech and habits. I am trying to put in bits and pieces of comedy in between".

The role of Ma Jin-ga is the owner of the advertisement company GRC. He looks like a playboy but is actually an advertising legend.

Ko Chang-seok said, "I don't advise my juniors on how to act. A seniors lame advise could destroy a good actor. I make them throw possible ad-libs. I try to become close to them but advising them on what to do can be dangerous.

"Ko Chang-seok stars in "Ad Genius Lee Tae-baek" "To watch Jin Goo act""
by HanCinema is licensed under a Creative Commons Attribution-Share Alike 3.0 Unported License.
Based on a work from this source