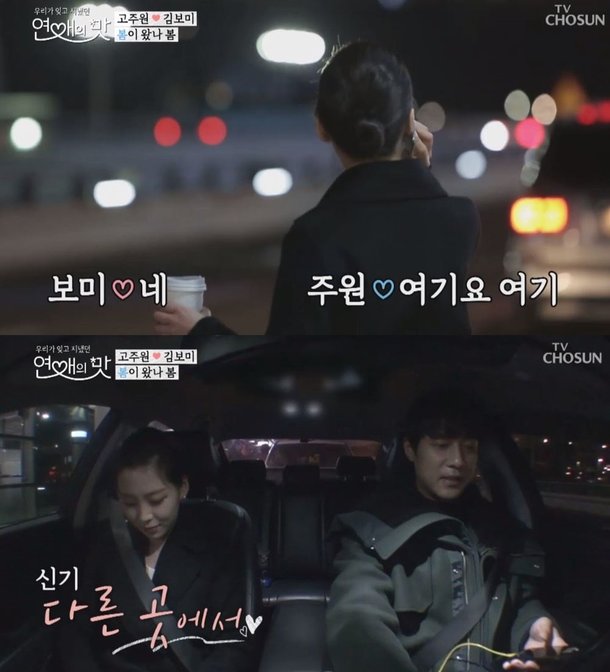 He'd previously visited her in Busan.

On an entertainment show, Ko Joo-won heard from Kim Bo-mi-III that something that she was preparing for worked out well so she was now working in Jeju Island. So he headed there.

He arrived at the airport, but they could only meet briefly because of her training time. Ko Joo-won didn't want to let her go and Kim Bo-mi-III said, "I wanted to see you for a little bit even" and touched him.

He said he'd wait for her.

When she finished work, they met again and she handed him hot chocolate for waiting so long for her. Ko Joo-won smiled and said, "We met three times and all of them were at different places".

Kim Bo-mi-III asked where they were going, but he didn't say. Ko Joo-won had prepared a surprise party for Kim Bo-mi-III and she was touched.

He then told her to call him whenever she needed him or if she thought of him.

Kim Bo-mi-III is a land stewardess in Jeju International Airport.

"Ko Joo-won goes to Jeju Island to meet Kim Bo-mi-III"
by HanCinema is licensed under a Creative Commons Attribution-Share Alike 3.0 Unported License.
Based on a work from this source