KOFFIA: Korean Screen Hits The International Scene Down Under 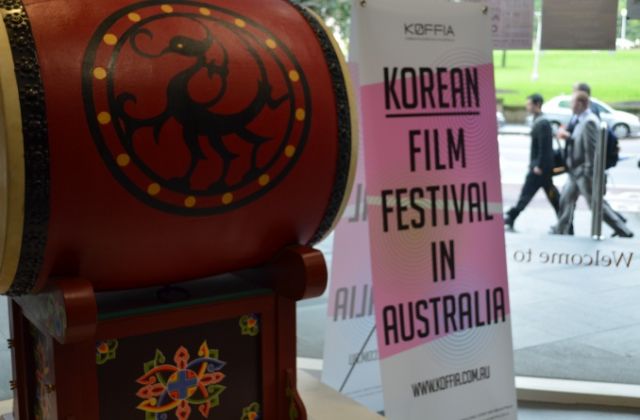 Korean cinema is revived this August as the Korean Film Festival In Australia (or KOFFIA, for brevity's sake) rolls onto the Aussie red carpet for a week-long foray into the world of Korea in pictures.

The festival sees a clash of east and western cultures as Korean films hit Sydney shores at Dendy Cinemas, sitting on a backdrop of the iconic Harbour Bridge and Opera House.

The fever's spread further south this year too, with the festival expanding into Melbourne after the Sydney-exclusive's success last year.

On the festival trail is veteran writer and director Ryoo Seung-wan, introducing his latest title, "The Unjust". This exercise in moral ambiguity, corruption and Seoul-style noir has been touted as a box office success and been given the critics' tick of approval, and opens this year's KOFFIA.

Ryoo Seung-wan will be giving talks on the film industry and his own films as they crop up on the KOFFIA line-up, joined by his wife and partner in film, producer Kang Hye-jung-I, each lending expert insights into the director's chair.

There are thirteen feature films on show and seven shorts, highlighting the contemporary Korean screen across the genres. Some of the big titles include last year's blockbuster spy flic Secret Reunion, featuring crowd favourite Song Kang Ho, and box office smasher The Man From Nowhere, with the quickly-rising star, Won Bin.

The scope of films may seem somewhat watered down for the K-screen enthusiast, but the wide array of action titles up next to fan favourites and some of Korea's latest indie pictures is set to bring in viewers familiar and new.

At least, that's the hope from the organisers in the Korean Cultural Office in Sydney.

Kieran Tully is the Marketing Director at the Cultural Office and puts the selection of films up as an enticing way to bait in newcomers to the unfamiliar Korean flavour of cinema, and has already noticed the uptake since last year.

The efforts doubled this year though, with around 80 interns flocking out of the office to promote the impending festival.

The festival kicks off on Wednesday, August 24 in Sydney at Dendy Cinemas in Circular Quay. The festival opens up with a night screening of "The Unjust", spearheaded by director Ryoo Seung-wan in a foreword and Q&A intro.

The Sydney side of the festivities run up until August 29, closing with the award-winning true story, "Barefoot Dream".

"Barefoot Dream" takes a few steps down the Australian coast to Melbourne on September 10 as it screens for the opening of the Victorian leg of the Korean film tour at Melbourne's ACMI cinemas.

This new leg of the festival runs up until September 13, and was spawned from the popularity and turn-out of last year's festival.

Revellers can grab tickets through Dendy or ACMI, with discounted rates for cinema members or Korean Cultural Office members. Check out the full line-up of films and events over at Koffia.com.au.

And don't forget to keep an eye on HanCinema for your daily dose of KOFFIA news, reviews, interviews and videos straight from the festival.

"KOFFIA: Korean Screen Hits The International Scene Down Under"
by HanCinema is licensed under a Creative Commons Attribution-Share Alike 3.0 Unported License.
Based on a work from this source