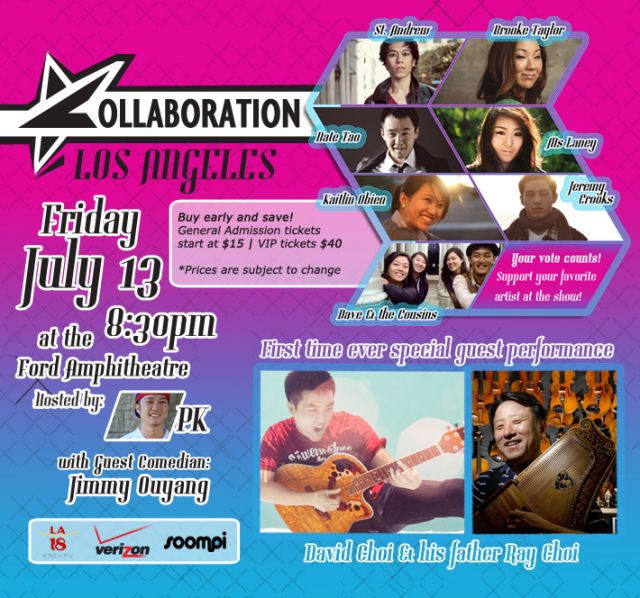 Comparable to "America's Got Talent" + "So You Think You Can Dance, Kollaboration is part of a country-wide network of talent shows that started 12 years ago and now has expanded to 15 shows in 14 cities.  Founded in 2000 by Paul PK Kim, Kollaboration is a non-profit organization dedicated to promoting positive and accurate perceptions of Asians and Pacific Islanders by providing a platform for young artists to showcase their talents.

In addition, Mnet (www.mnetamerica.com), the only national 24/7 English-language lifestyle network in the U.S. inspired by Asian Pop Culture, is filming each city's talent from their auditions to the finals in Los Angeles where the top acts from each location will battle it out to be the next break-out star. The series on Kollaboration will debut on Mnet this fall.

Below are the pertinent details:

Dante Basco, actor known for his role as Rufio in the Peter Pan movie Hook

Jaeyoon Choi, Mnet America's Head of Programming and Production and producer of shows such as the Mnet Asian Music Awards and 2NE1 TV

"Kollaboration Los Angeles"
by HanCinema is licensed under a Creative Commons Attribution-Share Alike 3.0 Unported License.
Based on a work from this source