Korea Film Festival to Be Held in China 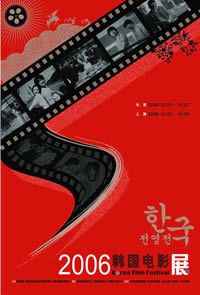 The Korean Film Festival will be held in Beijing and Shanghai from Friday through Sunday, after the CJ China Film Festival was held in the two biggest Korean cities of Seoul and Busan last month. The festivals are expected to facilitate exchange between the Korean and Chinese film industries.

The Korean Film Festival will focus on highlighting diversity in Korean movies, while the Chinese Film Festival put an emphasis on introducing works by new-generation Chinese directors.

Director Kim Seong-soo of "The Restless" and actor Jung Woo-sung and actress Kim Tae-hee, who starred in the movie, will serve as the festival's promotional ambassadors. The venues are CGV Multiplex Cinema in Shanghai and Stellar Cinema City and Wangfujing Cinema City in Beijing.

Hosted jointly by the Korea Film Council and China's State Administration of Radio, Film, Television, the event is expected to serve as an opportunity to reveal the secrets of the recent renaissance of Korean films and promote their originality.