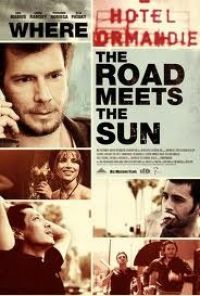 Being an Asian American in Hollywood is challenging, says Will Yun Lee who recently shared in the award for Best Ensemble Acting at this year's Los Angeles Asian Pacific Film Festival for the film Where the Road Meets the Sun. But it is getting better, Lee adds, and more opportunities are opening up every day.

Where the Road Meets the Sun also earned Lee the award for Best Supporting Actor Award in WorldFest Houston. In the film, Lee, born in Arlington, VA to Korean parents, portrays a Japanese American gangster character who wakes after four years in a coma.

Although Lee has been steadily expanding his career from TV to independent film and even a few blockbusters like 2002's James Bond film Die Another Day, he still confesses that surviving in Hollywood as an Asian American is not so easy.

Asian Americans are often limited to about 5 major roles a year on average, says Lee, and thousands of Asian American actors have to compete for such a limited number of openings. However, Lee adds, due to the extraordinary performances of recognizable Asian American actors such as Sandra Oh and Daniel Dae Kim, roles for actors of Asian heritage in Hollywood are increasing in number.

Before getting into acting, Lee majored in political science at UC Berkeley and helped out at his father's Taekwondo school. He decided to dive into the movie industry after watching actor Jason Scott Lee.

It has been 14 years since Lee moved to Los Angeles with just one suitcase of clothes and $1,000. Lee remembers it as a turning point where he had to start his life all over again.

Currently, Lee is filming Cobu 3D opposite international sensation and Korean pop star BoA, as well as a remake of the film Total Recall.

"My goal is simply to act", says Lee, "and drinking coffee while preparing for filming before sunrise is the happiest moment of my life".

Lee points to the Korean American community and their supports as the tonic for his life and career.

"Korean American Actor Will Yun Lee Wins Best Ensemble Acting Award"
by HanCinema is licensed under a Creative Commons Attribution-Share Alike 3.0 Unported License.
Based on a work from this source