Korean-American actors on a roll in U.S. dramas 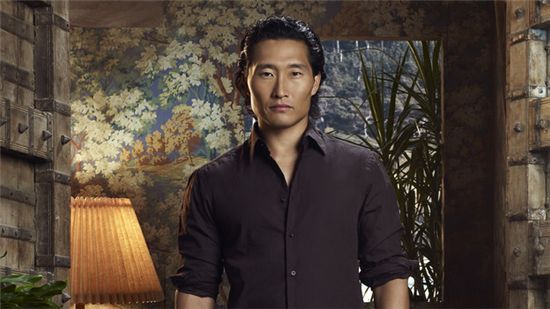 The good news keeps rolling in for Korean-American actors as they continue to be cast for various U.S. TV shows.

Daniel Dae Kim who is currently shooting the last season of the ABC hit show "Lost", is the first of them, having been tapped as detective Chin Ho Kelly, a major supporting role in the remake of CBS series "Hawaii Five-O". Late actor Kam Fong Chun had played the role in the original series which aired from 1968 to 1980. The new show will also go into production in Hawaii starting May and hence will not interfere with the final shoot for the sixth season of "Lost" even if it wraps up in late-April.

A few days after news of Kim's casting broke, CBS reported that Australian actor Alex O'Loughlin of "Moonlight" and "Three Rivers" had taken up the leading role of Detective Steve McGarret while Taryn Manning from film "Hustle and Flow" will play Steve's sister Mary Ann McGarret. The remake of "Hawaii" will be co-produced and created by Alex Kurtzman and Roberto Orci who had teamed for Fox's "Fringe" and Hollywood blockbuster hit "Star Trek" and "Mission Impossible III". Kurtzman and Orci have said that like "Star Trek", "O-Five" will not just be a remake but a journey to each characters' past.

Another Korean-American star to watch for on the small screen this year is comedienne Margaret Cho. Already well-known for her solo stand-up comedy acts and appearing on cable TV series "Drop Dead Diva" as Teri Lee, Cho has been fixed as a member of the cast of popular CBS mystery drama "Ghost Whisperer" as Professor Avery Grant. Cho will play a skeptic who does not believe in supernatural occurences during the first episode showing, but after a ghost begins to follow her she will change her beliefs. Her current show "Drop Dead Diva", which saw favorable ratings, has renewed its contract for another season to show 13 new episodes starting June.

"Korean-American actors on a roll in U.S. dramas"
by HanCinema is licensed under a Creative Commons Attribution-Share Alike 3.0 Unported License.
Based on a work from this source