Prior to its official release in North America, director of "Veteran" Ryoo Seung-wan will attend premiere events in LA on September 16th and 17th. This follows Ryoo's visit to the 40th Toronto International Film Festival where he already received enthusiastic response from about 400 film industry insiders and moviegoers who attended to watch the film at the Scotiabank theatre. 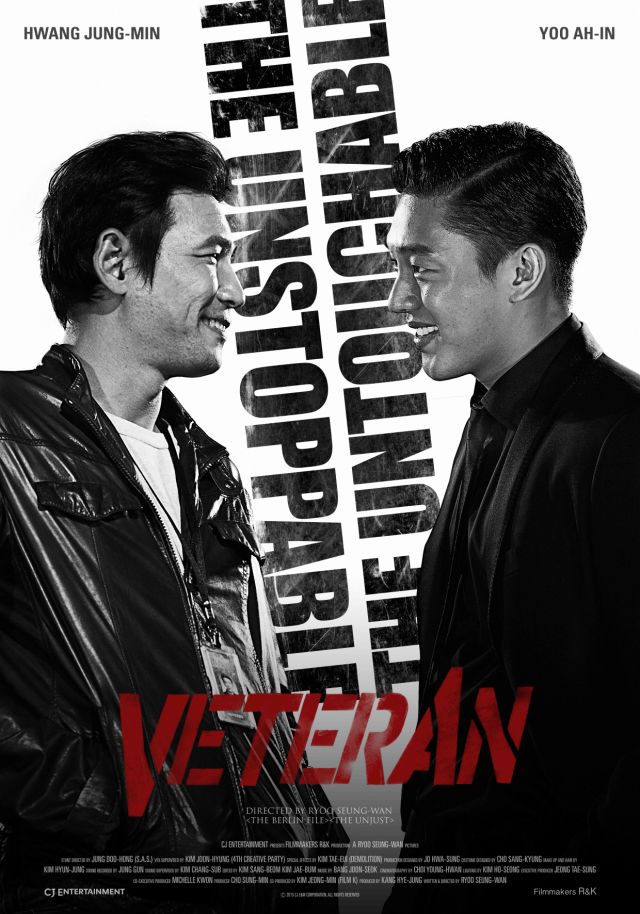 In L.A., Ryoo will take part in a special premiere sponsored by the Korean Cultural Center, inviting Los Angeles Police Department officers and their families on September 16th. His press conference and a public preview screening will take place the next day.

"Veteran" will be available in 46 theaters across North America. The number is higher than those allocated to other CJ Entertainment films such as "The Admiral: Roaring Currents" (30 screens) and "Ode to My Father" (38 screens), which were among last year's top 10 highest-grossing foreign language films in the U.S..

In addition to North America, "Veteran" is scheduled to open in several Asian countries, including Vietnam on August 28th; Indonesia on September 23rd; Australia and Hong Kong on October 1st; Thailand on December 10th and Japan on December 12th.

"Veteran" is an action drama depicting how a veteran detective confronts a tyrannical heir to an untouchable mega-corporation, while fighting for justice against the corrupted successor.

More information on the release : cj-entertainment.com/movies/150618-001/veteran

"Korean Box Office Hit 'Veteran' to Open across North America"
by HanCinema is licensed under a Creative Commons Attribution-Share Alike 3.0 Unported License.
Based on a work from this source