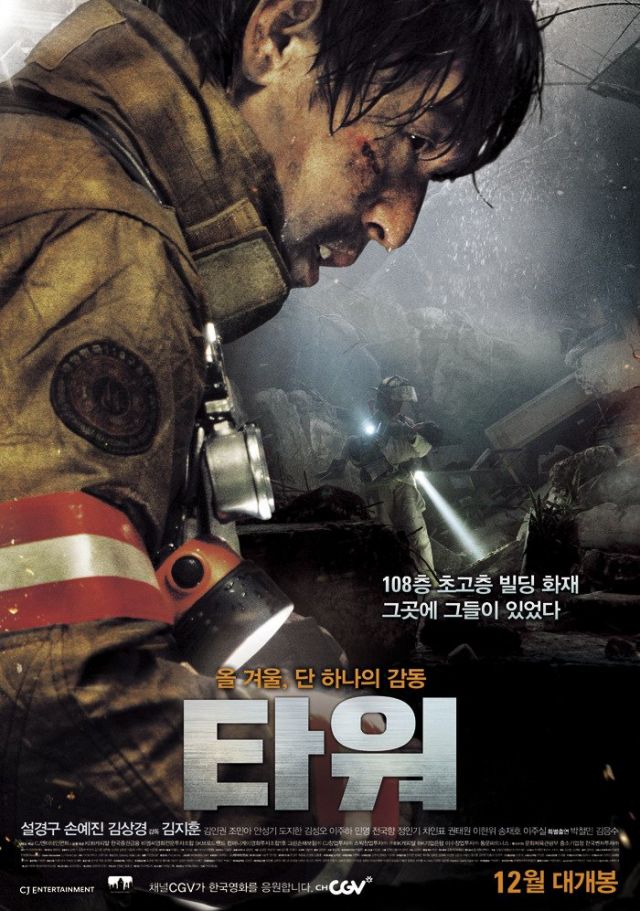 It's Christmas Eve, and holiday cheer is in the air.
However, the happiness is crushed after a big fire breaks out in this 108-story skyscraper.
This film "The Tower" tells the story of people who do not give up hope, in the face of catastrophic adversity.
The movie's mix of computer graphic effects and real fire footage makes it feel even more real.

[Interview : Sol Kyung-gu, Actor] "Fire has its own sound and smell. We filmed fire scenes over summer, and it was horrifying. The fire could spread to anywhere. We were always so tense while shooting the fire scenes".

Although the luxurious landmark building in the movie doesn't exist in real life, the film vividly depicts its beauty from a critical angle.
The film touches the hearts of audiences due to the characters' selfless love for one another,.. while they all struggle to survive.

[Interview : Son Ye-jin, Actress] "Everybody is the same in this kind of a major catastrophe. We're all powerless, and we can just give our hopes to one another. I think that's touching".

The main actors and actresses were able to summon real fear while shooting, because they actually shot many scenes amidst real fire.

[Interview : Sol Kyung-gu, Actor] "Through my acting, I hope to show the sense of mission that firefighters share and honor their sacrifices".

"Korean Disaster Blockbuster Film 'The Tower' to Open on Christmas Day"
by HanCinema is licensed under a Creative Commons Attribution-Share Alike 3.0 Unported License.
Based on a work from this source