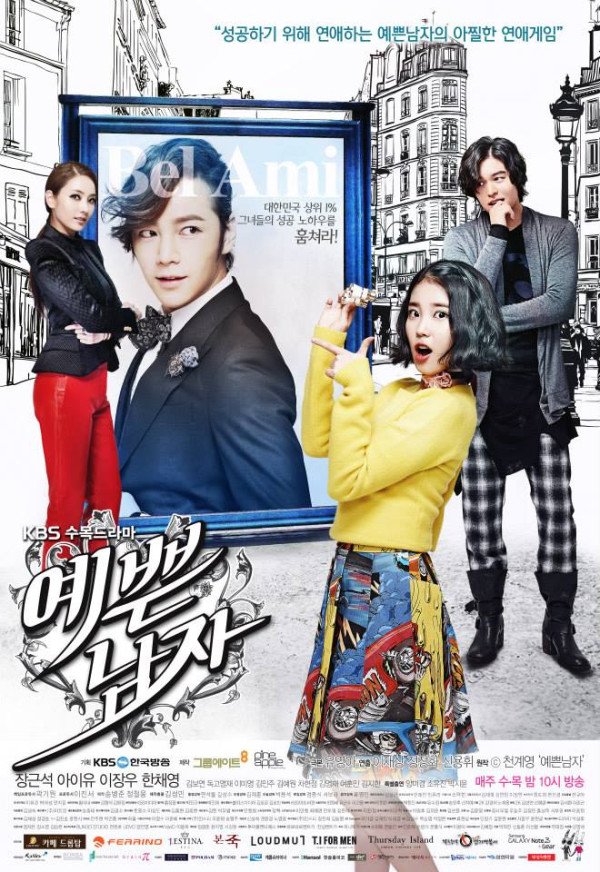 16 episodes - Wed, Thurs 22:00
Also known as "Pretty Man", "Pretty Boyi", "Beautiful Man", "Yebbeun Namja"
Synopsis
Dok-go Mate (Jang Keun-suk) is the most beautiful man in the world.
He is also an ambitious man and wants to make a lot money using his beautiful appearance.
Dok-go Mate meets Hong Nya-Nya, the ex-daughter-in-law of a rich family.
Hong Nya-Nya recognizes Dok-go Mate's ambitions and becomes his mentor.
Hong Nya-Nya then gives Dok-go Mate a mission to seduce 10 different women.
The women have all succeeded in different fields and Dokgo Ma-Te is to glean their special abilities.
A strange woman then appears in front of Dok-go Mate. Her name is Kim  Bo-Tong, an ordinary girl from poor background.
She has a huge crush on Dok-go Mate. Can she make Dok-go Mate love her?