Korean drama of the week "Get Up" 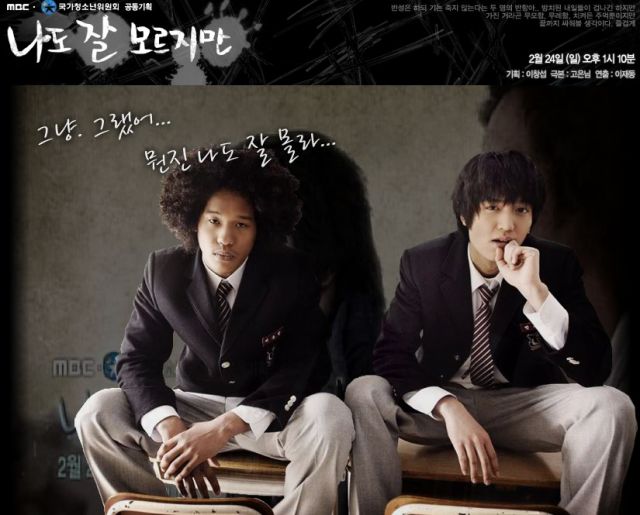 Synopsis
TV Movie (1 episode) - Sunday 13:10
High school students Wook-gi (Lee Min-ho) and Doo-heon (Rhyme) both land in trouble after they get into a fight. Doo-heon gets suspended, and Wook-gi has to clean his teacher's (Ki Joo-bong) car as punishment. While he's cleaning, his girlfriend (Lee Ah-jin) shows up to tell him she's going on a ski trip with her new boyfriend. To chase after his girlfriend, Wook-gi tries to steal his teacher's car - but he can't drive. As he's making a run for it, Doo-heon happens to pass by on his motorcycle, and the two end up hitting the open road together.