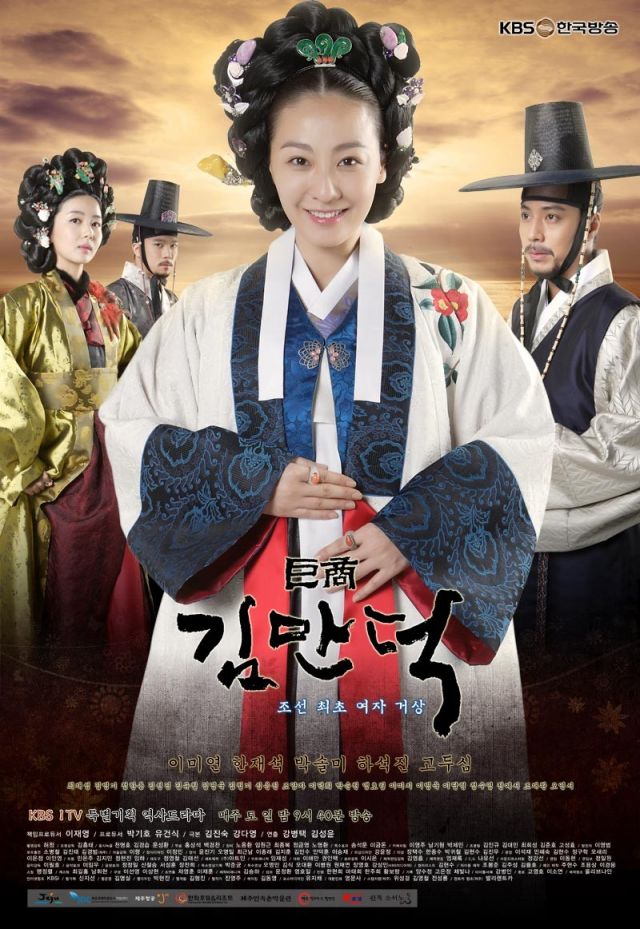 30 episodes - Sat, Sun 21:40
Also known as "The Great Merchant"
Synopsis
This drama is based on a real life figure Kim Man-deuk who was living in Jeju Island.
She goes through a lot of changes in her life; at first she becomes a Gisaeng but turned herself into a merchant, and then becomes one of the biggest philanthropists in Joseon Dynasty.
Man-deuk gets adopted by Granny at a young age. With great efforts, she becomes a Gisaeng who has outstanding talents in various areas. However, she gives up everything and runs away with her lover Jeong Hong-soo. She gets caught and sends to the transitory wards for epidemics for one year. When she came out from the wards, she starts to take care of the Gisaengs who are suffering from illness. Man-deuk goes into a business and restores the business ethics in Jeju. Meanwhile, Moon-sun, who used to be a friend of Man-deuk, feels a sense of inferiority and competes with Man-deuk's business.