Korean drama of the week "My Husband Got a Family" 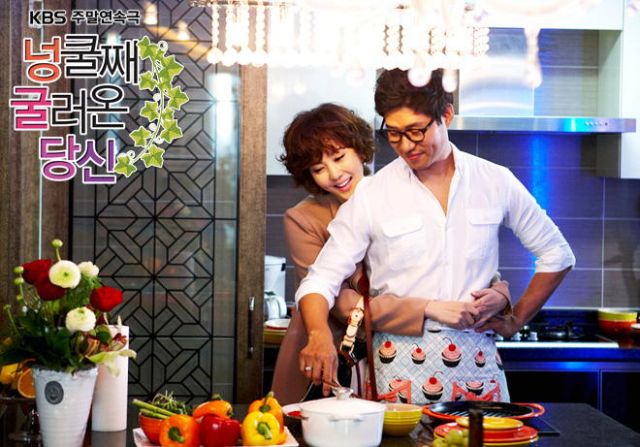 58 episodes - Sat, Sun 19:55
Previously known as "Unexpected You" on HanCinema
Synopsis
Now he has a family! Now she has in-laws! Grandmother-in-law, mother-in-law.. That's not it. Three sisters-in-law! The whole package just rolls into her life!! Growing up, Hong Yunhui had suffered enough from family conflicts between her mother and her paternal grandmother! She doesn't want to get married so that she wouldn't have any in-laws to cause trouble. However, she meets the perfect match – A Korean-American adoptee currently working at a general hospital in Seoul! He's smart and his family lives in New York. Isn't he the perfect bridegroom? It seemed like Yunhui could go on with happy honey moon life forever. However, fate isn't usually that kind. Her husband finds his biological family! Which means Yunhui now has in-laws. What is worse and unbelievable is that her in-laws are the next-door neighbors who pick fights with Yunhui all the time. Yunhui's life with in-laws starts like this. Every day is like a war. Living with enemies as one family.. Would it ever be possible?

A dramatic reversal in this drama occurs when, for the husband, his forgotten family and for the wife, her in-laws, comprising her husband's grandmother, parents-in-law and three sisters-in-law, appeared suddenly before them.
Hong Yun-hi, the wife and the protagonist in this drama, is a woman who had grown up in a family in tussles everyday due to conflicts between mother-in-law and daughter-in-law.
Before her wedding, she didn't want to marry as she did not want to have another family, the husband's family. At last she encountered a perfectly promising man who was adopted into a family of a Korean businessman in the U.S., graduated from Johns Hopkins University medical school and is now working at a general hospital in Seoul.
He is well-mannered, gentle and sweet and has a sense of humor. All her friends envied her for the smart man, saying that she had good fortune in her later days.
Furthermore, the husband's house is far off in New York and the parents-in-law, who brought five adopted sons in addition to the husband, are known to be on the journey in a remote area and hardly communicated with the family.
In such a condition, the couple could have a dreamlike honeymoon.
By a strange twist of a fate, however, an incident broke out. The husband's family has been found! Unbelievably, the husband's house is just in front of the wife's house. The next-door neighbors have always been in quarrels with her on problems involving waste disposal, parking and stairs cleaning.
It was quite exciting news to appear in the newspaper. (Actually several reporters came to the wife to have interviews, but the wife denied.)
The wife didn't always see eye to eye with the people, who are the husband's family and now her own family, on too many issues.
The husband's grandmother is fastidious, robust and suspicious, the mother-in-law meddlesome and the sister-in-laws have foul tempers.
She doesn't want to live like her mother, but she now may have to go through a more hard life than her mother. She regretted she did not stop her husband from moving to this village shortly after their wedding.
However, looking at the sleeping husband, who has been living for more than 30 years without knowing even the faces of his biological parents, she feels compassion for him and changes her mind.
But the life with the husband's parents and in-laws is wearisome.
This program features raucous and cheerful stories about an unordinary and peculiar family-making of a couple.