Korean drama of the week "The Full Sun" 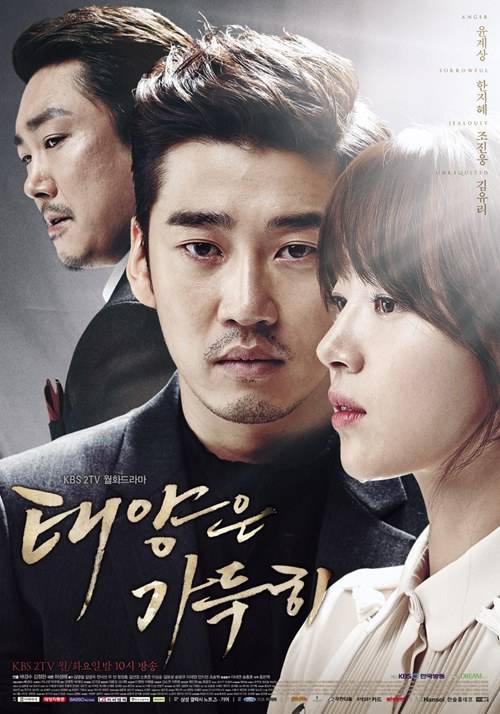 16 episodes - Mon, Tue 22:00
Also known as "Beyond the Clouds"
Synopsis
Despite coming from a criminal family, Jung Se Ro (Yoon Kye-sang) is a hardworking student who wants an honest life for himself. That is, until he accidently gets entangled in one of his father's heists the night of a glamorous jewel exhibition opening. When the dust settles, Se Ro's father is dead and he has accidentally killed a man. After being released from prison five years later, Se Ro takes up the life of a con man, joining a ring of jewel smugglers led by Park Kang Jae (Cho Jin-woong). Se Ro is filled with revenge for his father's death and his wasted life until he meets the beautiful jewel heiress, Han Young Won (Han Ji-hye), who has developed a cold heart after the death of her fiancé. The couple brings each other back to life in an ill-fated love, not knowing that Young Won's fiancé was actually the man killed by Se Ro five years earlier.