Korean drama of the week "The Prime Minister and I" 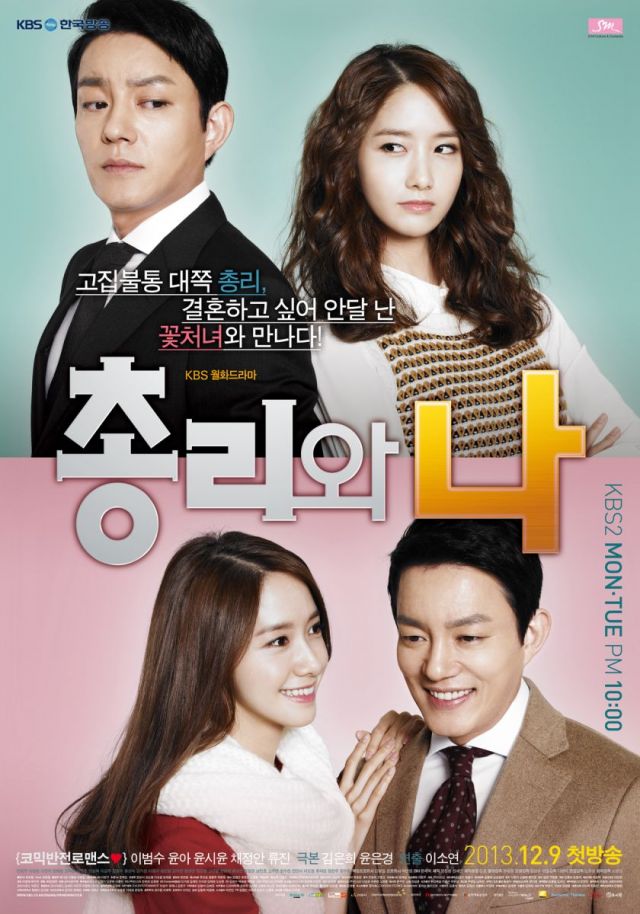 17 episodes - Mon, Tue 22:00
Also known as "The Prime Minister is Dating" (총리는 연애중, chong-li-wa yeon-ae-joong)
Synopsis
At 42-years-old, Kwon Yool (Lee Beom-soo) is South Korea's youngest prime minister ever. On top of his reputation of being an honest man of the utmost integrity, he's also a widower who raises his three children alone. But what the public doesn't know is that despite his perfect image, Prime Minister Kwon is actually a struggling father devoid of even the most basic of parenting skills. Nam Da Jung (Yoona) is a journalist who resorts to writing trashy tabloids to support her ailing father, but when she chases Prime Minister Kwon for a lucrative exposé, she ends up scooping a whole lot more than she bargained for.