Korean drama of the week "The Slave Hunters" 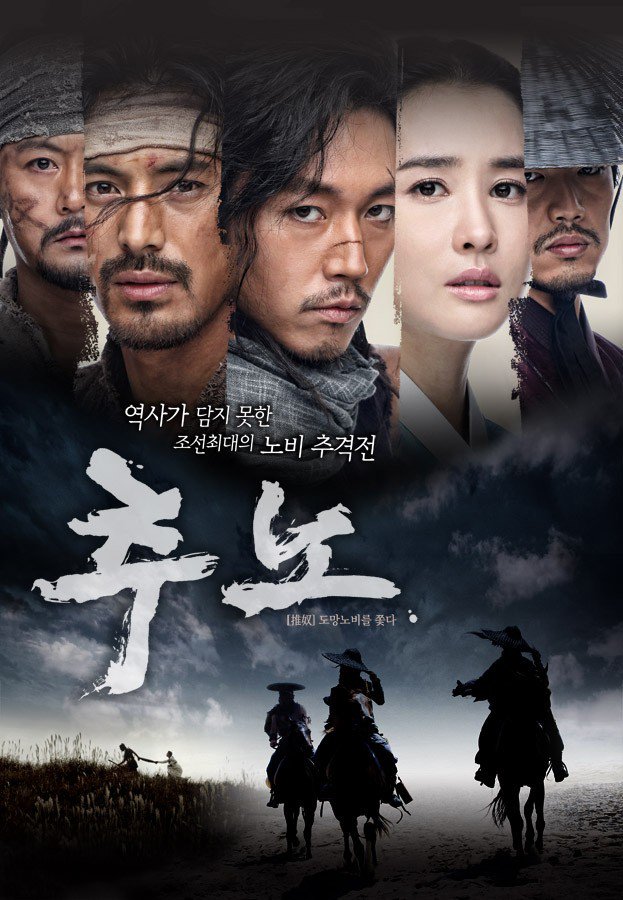 24 episodes - Wed, Thu 21:55
Also known as "Chuno"
Synopsis
'Slaves fervently wishing to live like a human being' VS 'Slave hunters chasing them tirelessly' A bloody battle between them begins to take place!!!
Being a slave hunter, Dae-gil is disregarded by people due to his low social status. While doing his job, Dae-gil is offered by Lee Gyong-suk to get Song Tae-ha and is promised to be given a fair amount of money as a reward. Tae-ha was forced to become a state slave as he was wrongfully accused of stealing some provisions.
After reading a secret message saying the life of So-hyeon's youngest son is on the line, Tae-ha tries to escape in an attempt to save him, the eldest son of the Crown Prince. Daegil, however, gets wind of his plan and the two ends up fighting a bloody fight. Having barely escaped from the fierce fight, Te-ha happens to accompany a woman named Hye-won.
Dae-gil fails to track down the slave he was first assigned to capture, and constantly runs into Seol-hwa who escaped from a troupe of strolling actors. To make things worse, Dae-gil is threatened to be killed by a group of slaves who formed a hit squad to assassinate nobles.
As for Daegil, he has every reason to be successful in accomplishing his first mission. Aside from recovering his pride hurt by Tae-ha, Dae-gil needs a sizable sum of money to live a comfortable life in his old age.
In the end, Tae- ha manages to run away from Dae-gil while Dae-gil feels affection for Hye-won.