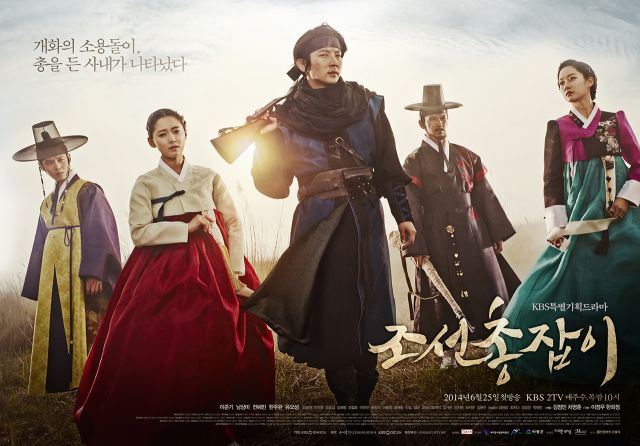 20 episodes - Wed, Thu 22:00
Synopsis
Based in the 17th century Joseon at the time of enlightenment, Park Yoon-kang, the son of the Joseon's best sword fighter, abandons his sword and grabs the gun to avenge his father and sister.