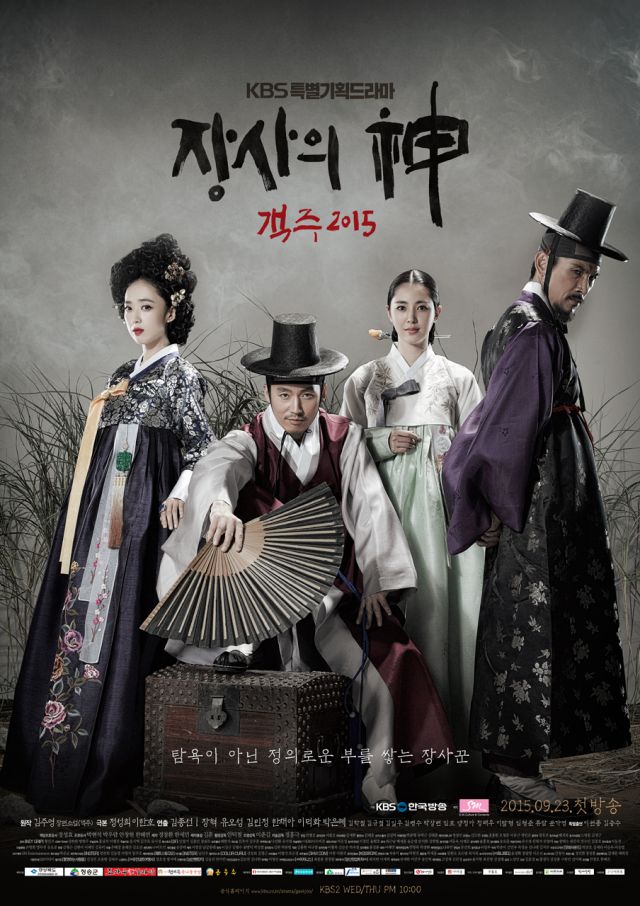 Wed, Thu 22:00
Formerly known as "God of Trade - Innkeeper 2015" on HanCinema
Synopsis
Cheon Bong-sam, the descendant of a merchant family, starts off in the market as a barker and makes his way up to become a wealthy merchant.