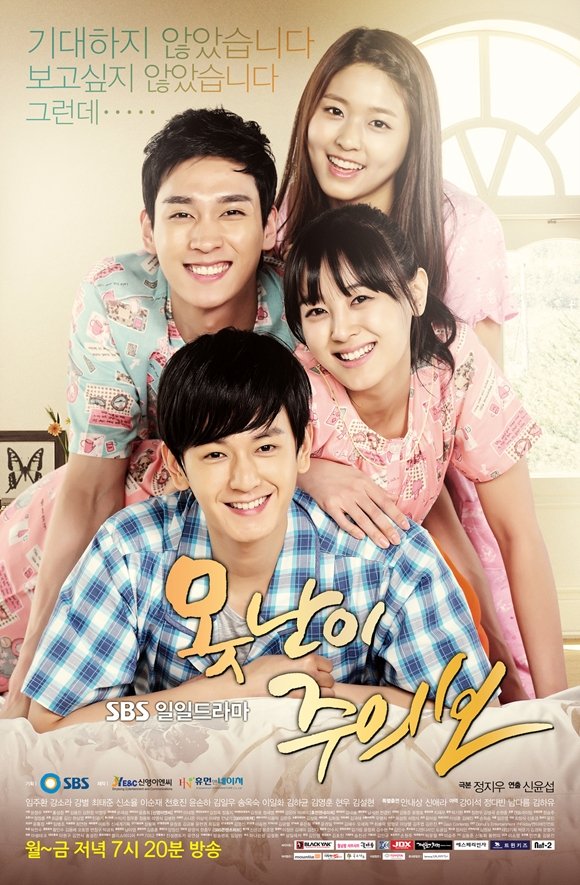 120 episodes - Mon~Fri 19:20
Formerly known as "Ugly Alert" (브라보 마이라이프, beu-ra-bo ma-i-la-i-peu) and "My Ugly Brother" (못난이 울오빠, mot-nan-i ul-oppa)
Synopsis
A drama that shows the meaning of family and how everyone within that frame understand and heal each other although sometimes they can be jealous and ignore each other. 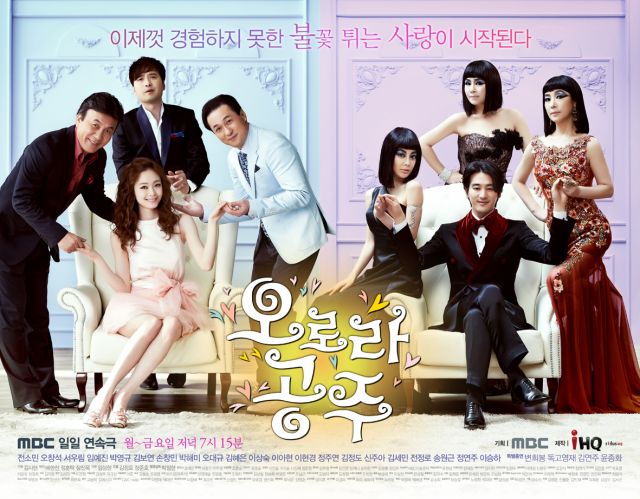 120 episodes - Mon~Fri 19:15
Synopsis
Oh Ro-ra is a 25-year-old woman whose family owns Chunwang Foods, a large food conglomerate. Both of her parents are in their seventies and a 20-plus age difference exists between Ro-ra and her three other male siblings - Wang-sung, Geum-sung and Soo-sung. As the youngest child of a wealthy family, Ro-ra is charming, uber-confident and seemingly a spoiled material girl, but there's more to her than meets the eye. Unafraid to speak her mind, she intervenes to salvage her 50-year-old second brother's marriage by getting rid of his mistress who had lied about getting pregnant. One day, she falls head over heels for Hwang Ma-ma, an irritable novelist and perfectionist. But he has one flaw that could torpedo their relationship.