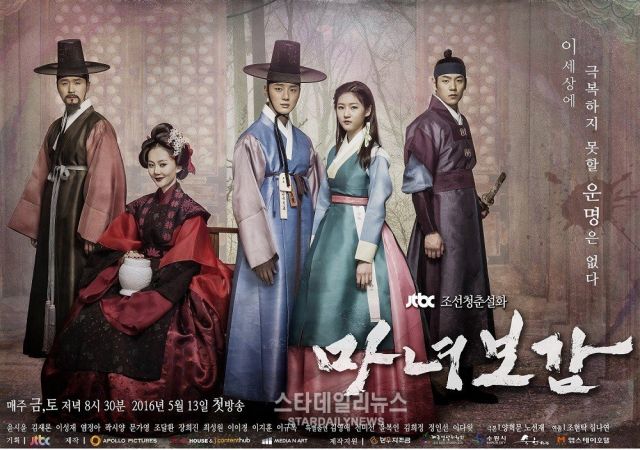 16 episodes - Fri, Sat 20:30
Formerly known as "Witch Exemplar" on HanCinema
Synopsis
This historical fantasy-romance drama is about an unfortunate princess Seori who is abandoned as soon as she is born because she is born with a curse and becomes a witch until she meets Heo Joon.

16 episodes - Fri, Sat 20:30
Synopsis
"Dear My Friends" will depict the life story of the ones in their twilight years, who raise their voices as "It's not over. We're still alive".