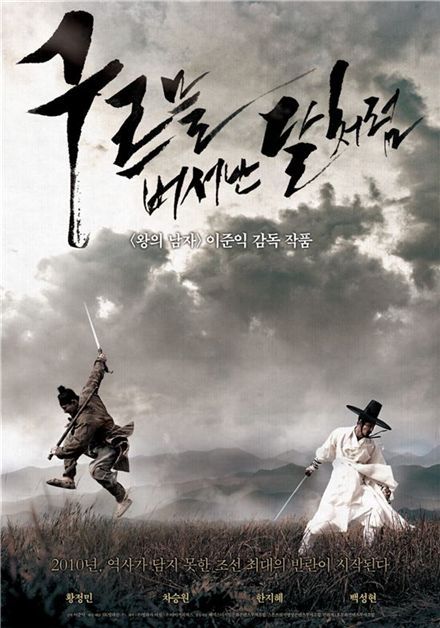 Korean film "Blades of Blood" has been sold to five countries ahead of its release, according to the movie producers Achim Pictures on Friday.

The trailer for "Blades of Blood" was shown at the 60th Berlin International Film Festival and five countries -- Germany, Belgium, the Netherlands, Luxembourg and South America -- purchased the picture which has yet to be released in Korea.

"Blades of Blood" is about men in the lower class who fight for social equality during the Chosun era. It stars Korean actors Cha Seung-won as Lee Mong-hwak, who wants to become king, and Hwang Jung-min as Hwang Jeong-hak, a blind man with extraordinary sword-handling abilities.

"Blades of Blood" is scheduled to open in Korean theaters on April 29.

"Korean film "Blades of Blood" sold overseas before premiere"
by HanCinema is licensed under a Creative Commons Attribution-Share Alike 3.0 Unported License.
Based on a work from this source