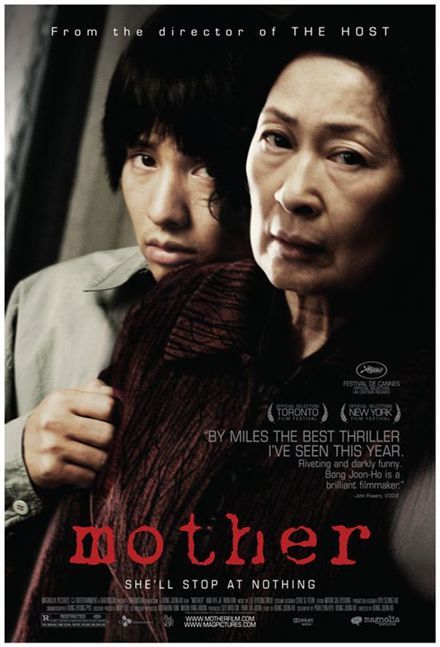 Korean drama "Mother - 2009" has been climbing up the ranks of the box office charts in the United States since its release in the country two weeks ago.

The film first opened in six theaters on March 12 but is now showing at 19 more which had helped the thriller pic boost its sales by 48.3 percent.

The movie, helmed by famed director Bong Joon-ho, is about the Mother - 2009's fight to prove that her mentally challenged son did not commit a murder.

"Korean film "Mother - 2009" ranked No. 41 among U.S. films"
by HanCinema is licensed under a Creative Commons Attribution-Share Alike 3.0 Unported License.
Based on a work from this source