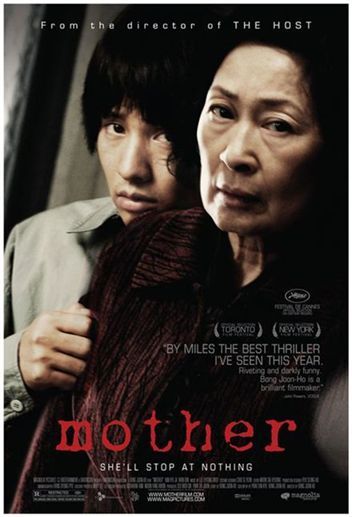 Korean dramatic pic "Mother - 2009" continued to perform within the top 50 films on the United States box office into its fifth week of release.

According to statistics by the U.S. movie chart of Box Office Mojo on Tuesday, the film grossed 34,405 dollars at 27 theaters to rank at No. 49 over the weekend, raising its accumulate total to 375,536 dollars since its release overseas March 12.

The Kim Hye-ja and Won Bin starrer movie helmed by famed director Bong Joon-ho, is about the mother's fight to prove that her mentally challenged son did not commit a murder.

The production has been collecting numerous awards both locally and internationally including winning top honors at the Asian Film Awards held in Hong Kong last month, raking in the awards for best picture, best actress and best screenwriter.

"Korean film Mother continues its stay on U.S. box office"
by HanCinema is licensed under a Creative Commons Attribution-Share Alike 3.0 Unported License.
Based on a work from this source