Korean Film  The Unjust | Headed to the Berlin Festival in Feb. 2011 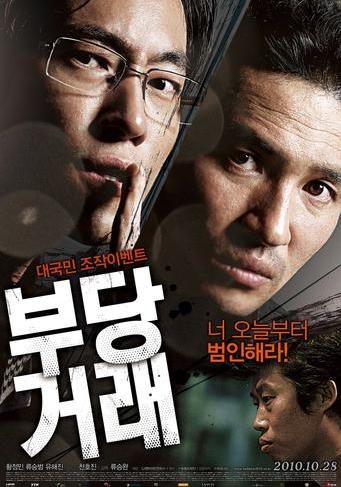 "The Unjust", the recent Korean film of director Ryoo Seung-wan, is about entangled relationships between police, prosecutor and sponsor in congested society. These three characters are foes to each other, but are comrades at the same time. In other words, they can live by killing each other, but, in order for them to live all together, they need to help each other out. In this Korean film, everyone tries to hide themselves behind the fake characters that are made by what other people think of them. The ugly truths are all hidden under "The Unjust" deal they make. 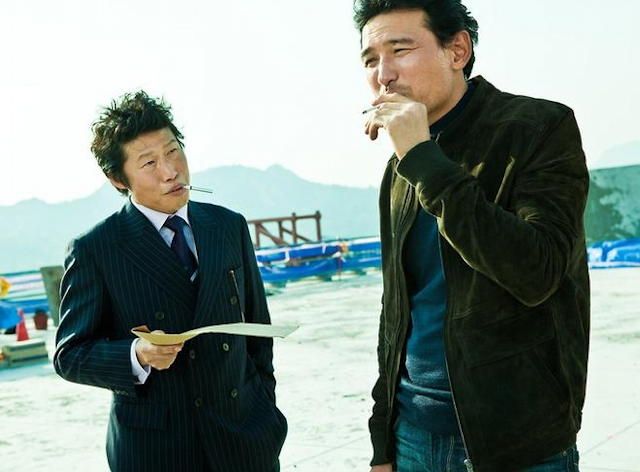 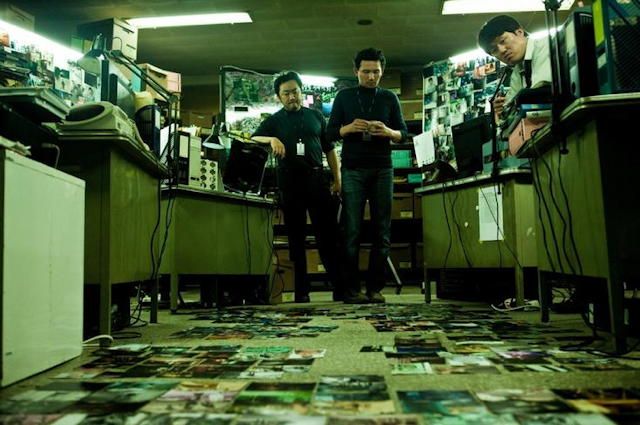 There have been serial murder incidents in this Korean film. The police keep failing to arrest the serial killer and ultimately the President declares he will intervene in this incident. After the President's announcement, the National Police Agency does not want the issue to grow any bigger, and hopes to find a conclusion as soon as possible. Therefore they decide to set up a false criminal. The suitable man at the police for this project is Choi Chul-Ki (Hwang Jung-min), who does not have any connections nor strong background. When this was proposed to him, Chul-ki accepts it for his promised promotion and success. He uses his sponsor Chang Suk-Gu, the president of HaeDong Co., to find a false criminal and with that help, he successfully concludes this enormous event. 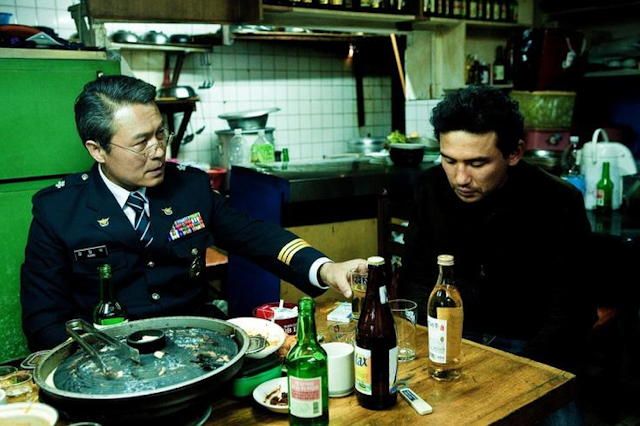 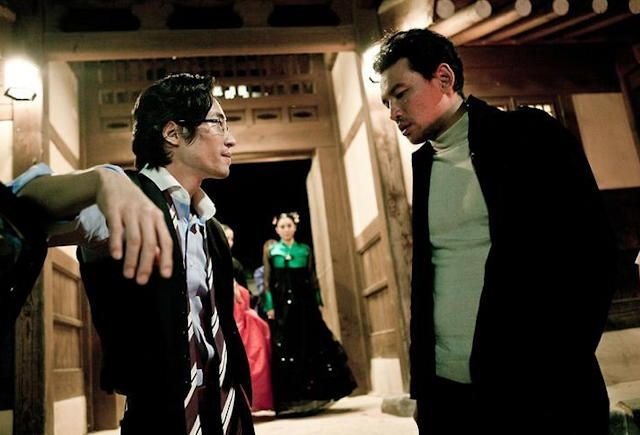 On the other hand, the prosecutor JooYang (Ryoo Seung-bum) hears that his sponsor Mr. Kim has been arrested by Choi Chul-Ki for his unfair profits. So he starts to investigate Choi Chul-ki secretly and he finds out the truth about the false criminal and relationship with Chang Suk-Gu. Joo Yang proposes Choi Chul-Ki a deal in which Chul-ki leaves Mr. Kim alone then Joo Yang will keep the truth as a secret. Chul-Ki starts to investigate JooYang and finds out about Joo Yang's unclean relationship with Mr. Kim. It seems like everyone's trying so hard not to fall from where they belong; and for this, they even use nasty and inappropriate approaches. 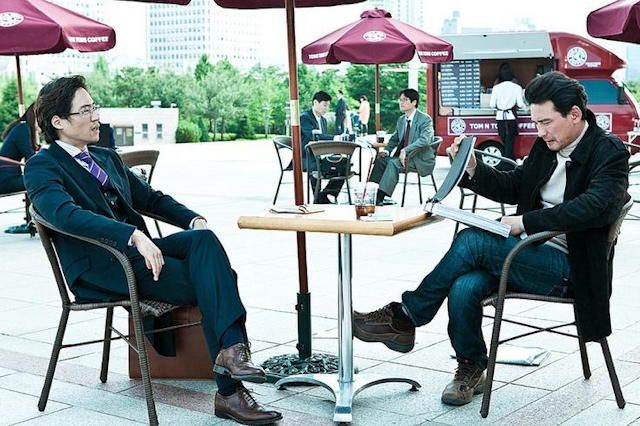 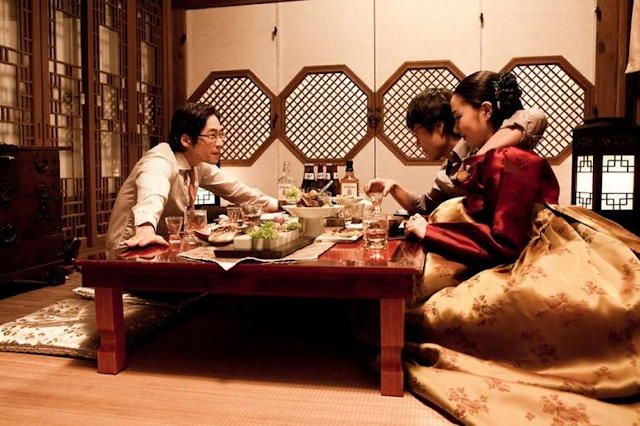 In this Korean film, there is no one on the advantageous side. Even the sponsor Chang Suk-Gu, who seemed like he was the weakest among all characters, later gets the evidence that can threat Chul-Min. All they do is make a bad deal so that they don't really devastate themselves. However society does not let them keep live foul lives. All the truth eventually comes out on the surface and their hard endeavors all become futile. 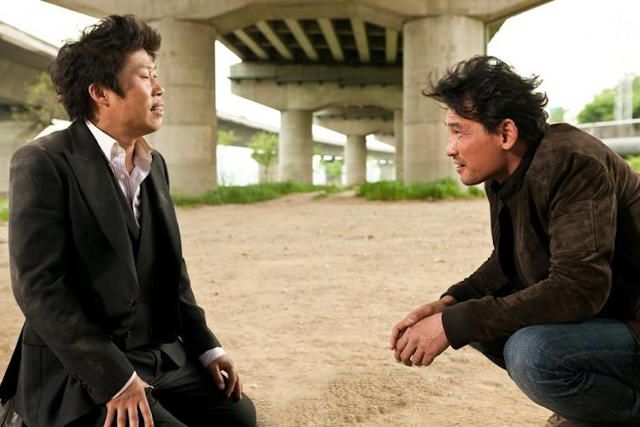 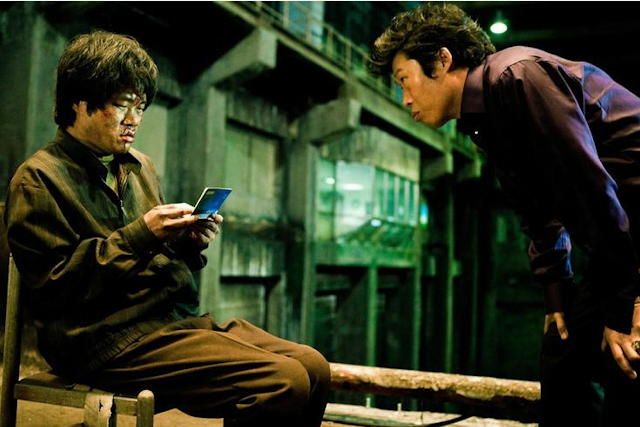 The Korean film well criticizes the brutal side of this modern society. Although the Korean film runs a little long, it is not boring since there is great casting. Both main and minor characters were played by famous actors: Hwang Jung-min, Ryoo Seung-bum, Yoo Hae-jin. It is a great movie to check out since it's headed to the Berlin International Film Festival next February.

"Korean Film  The Unjust | Headed to the Berlin Festival in Feb. 2011"
by HanCinema is licensed under a Creative Commons Attribution-Share Alike 3.0 Unported License.
Based on a work from this source