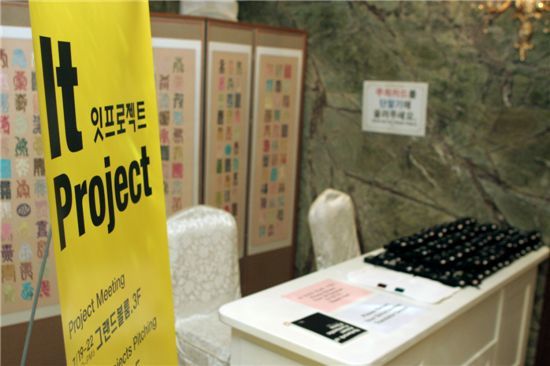 Of the total 15 participant projects from seven countries, the directors and producers of all six Korean films each introduced their work through 15-minute presentations at the Koryo Hotel in the city of Bucheon, about an hour from Korea's capital of Seoul.

Producers and investors attending the session, including American film producer Mike Macari who is a jury member of the It Project 2010, remarked that the projects were highly interesting in terms of their synopses and planning, as well as being of high quality.

Of the films, ranging from horror to SF thriller to grotesque fantasy to animation, writer Kim Kwang-bok's "Playground" drew the most applause.

"Playground", which claims to be a high-concept horror film, is about the friendship and betrayal between two girls who become friends at the playground of their neighborhood. Also handling the subject of the gap between the rich and the poor, the film tells of how a poor girl who has an out-of-body experience becomes greedy over material goods.

Director Kim Kwang-bok, whose latest short film "Mom's Vacation" was selected for the Venice International Film Festival last year, explained "The motif of the prince and the pauper may seem old but the gap between the rich and the poor continues to exist, even in the present day capitalist society".

"I will make a fantasy horror film about children which has never been seen before in Korean films and one which will leave something about horror in one's hearts", Kim added.

"AM 11:00" and "Soulmate", to be created in 3D format, drew much attention from the start of their respective presentations, having the audience wear 3D glasses for the 3D preview clip of the project currently in pre-production.

SF thriller "AM 11:00" is about scientists who develop a time machine in a lab 1,000 meters below sea level, who travel to the future and discover their murdered bodies.

Its filmmaker Shin Terra, who has directed "Black House" and last year's box office hit "My Girlfriend is an Agent", said the film which "occurs in a limited space to cut down on costs, contains plenty of elements to be created in 3D", while adding he is in talks with domestic 3D-related firms to shoot the film in 3D directly.

"Soulmate" was selected at the Filmmakers' Development Lab (FDL) co-hosted by last year's PiFan and the Korean Film Council.

The project tells of incidents that occur when a woman starts to stalk a young man who listens to music which calls death.

Director Kim Ji-hwan emphasized the characteristic which differentiates his production from original mainstream Korean horror films, explaining that the film "revolves around a group of pretty boys rather than a main female character, it will be a horror film containing living characters and it will strive to create a new trend by incorporating the characteristics of horror films from both the east and the west".

"The King of Swine", the only animation amongst this year's line-up, is by director Yeon Sang-ho whose debut film "The Hell: Two Kinds of Life" (2006) garnered much praise.

The project, which rarely for an animation reveals an inclination toward realism, is about how two friends who hide the failures of their life, meet for the first time in fifteen years and discover the hidden truth behind another friend's death.

After competing against the remaining nine projects from countries including Indonesia, Singapore, Thailand and Hong Kong, the "It Project" of the year will be announced at the closing ceremony of five-day NAFF 2010 on Thursday. 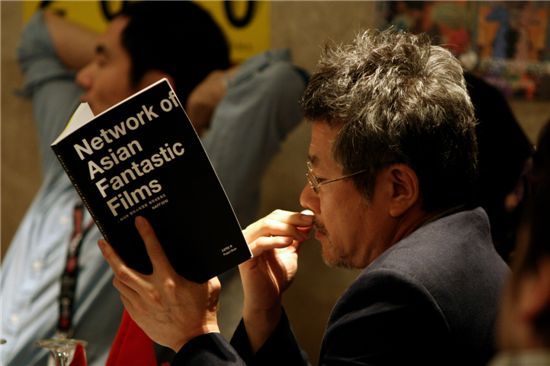 An attendee of the It Project 2010 pitching session looks at the project book at the Koryo Hotel in the city of Bucheon of South Korea on July 19, 2010. [PiFan]

"Korean films draw pleasing response at PiFan's NAFF"
by HanCinema is licensed under a Creative Commons Attribution-Share Alike 3.0 Unported License.
Based on a work from this source