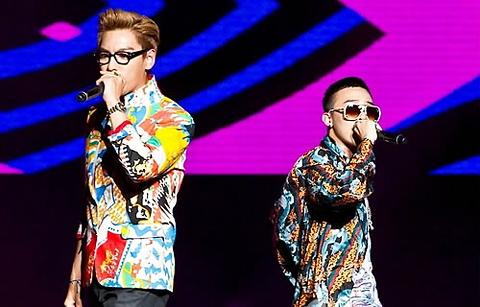 "Big Bang" performed at the Singapore F1 festival on the eve of Singapore F1 Grand Prix as a representative Korean singing group.

"Big Bang" made an appearance at the Singapore F1 held at the Singapore Marina Bay Circuit and received an ovation. According to the organizing committee for F1 on September 30, "Big Bang" presented a splendid showcase during the concert to celebrate the eve of the Singapore Grand Prix on Padang Stage on September 23 as representative K-Pop stars. They presented their solo track "VVIP", which was released this year, and the representative hip hop song "How Gee", and they completely changed the stage of F1 to their own concert. The Korean entertainment industry is also paying attention to F1 as the star Korean singing group had appeared at the venue of the world renowned motor sports festival, the Formula 1 Grand Prix, as representative singers for the first time and successfully introduced Korean popular culture to Singapore. A person from the organizing committee said, "I was very surprised that Korean singers appeared at the Singapore F1, and I think that it will be a very good chance for Korean idol groups to present their splendid performances to show their talent through the world's renowned F1". 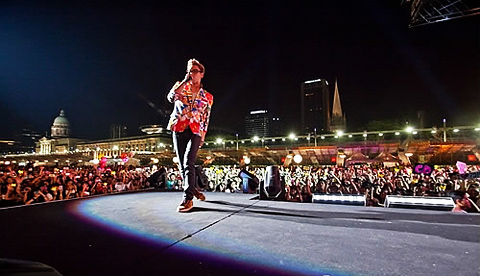 "Big Bang" sang passionately at Singapore F1.The fever of K-Pop that heated up Singapore will continue at the Korea Grand Prix that will be held at Youngam in Jeollanamdo from October 14 to 16. Star Korean idol groups such as "Girls' Generation", "Super Junior", "T-ara", "Rainbow", "Davichi", and "FT Island" are planning to appear in the concert on the eve of the Korean F1 Grand Prix. The concert will be held at the standing paddock, which will be specially built for the concert on the F1 circuit, on October 15, and this free concert will begin after the preliminary racing is completed at around 3 pm.

In addition, there will be a rock festival to commemorate the opening of F1 at Hadang Peach Square, in which most of the accommodations of F1 are located, on the afternoon of October 14. And top rock band groups including YB, BooHwal, Jaurim, and Wiretap In My Ear will appear and perform to celebrate the opening of the Korea F1 Grand Prix.