Korean Movie of the Week "Duel: Final Round" 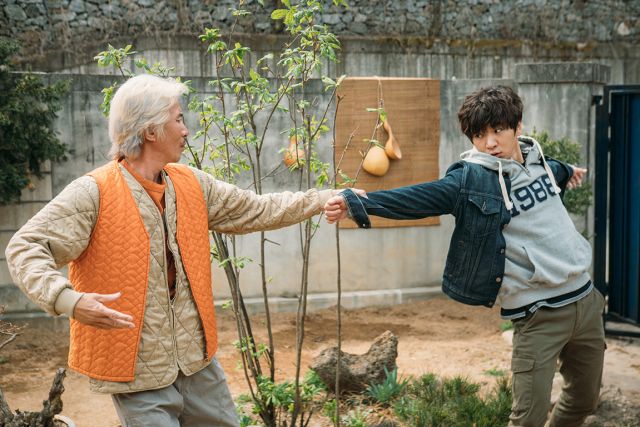 Also known as "Duel: Final Round"
Synopsis
Poong-ho is a real fighter and second-in-command gangster as well as a job seeker and a household nuisance at home. He has a brother named Kang-ho who is known as a 'die-hard detective'.
One day, a murder case occurs and Kang-ho is in charge of it. A suspect named Jae-hee gets in contact with Kang-ho and the two get into a real fight. However, Kang-ho is no match for Jae-hee and falls into a coma.
Poong-ho wants to take revenge on Jae-hee who put his one and only brother in a coma but he knows he is not even an inch of what Jae-hee is when it comes to fighting. Poong-ho is even put on a restraining order for obsessively cornering Jae-hee as the suspect.
Grinding his teeth, Poong-ho learns how to fight from Old Man Hwang to take revenge on Jae-hee. Then to draw Jae-hee's attention, he shows himself off to various online shows, SNS and media. He uses the same way that Jae-hee used to start a fight with Kang-ho to challenge him to a fight. Will Poong-ho succeed in taking revenge?