Korean movie of the week "Gyeongju" 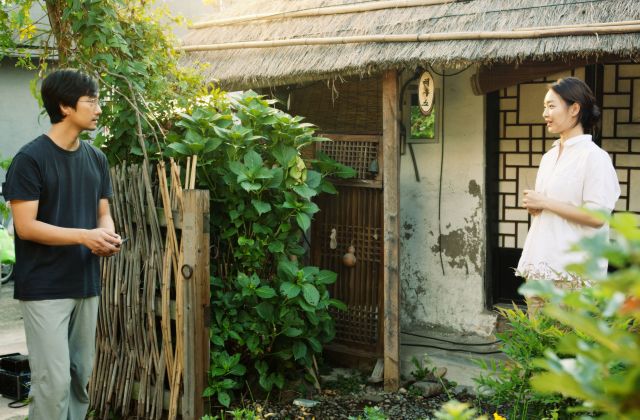 Synopsis
At his friend's funeral Choi Hyeon, a professor in Beijing encounters his old friend Chun-won with whom he had a trip to Gyeongju, a historical city 7 years ago. Talking over drinks with his friend, Choi suddenly reminds of 'Chunhwa', an obscene painting which they saw in a café in Gyeongju, but which Chun-won can remember nothing about. The next day Choi makes an impulsive decision to head to Gyeongju. Full of expectation, he searches the cafe only to find that the painting is no longer there, but is an attractive new lady owner Yeon-hee. After wandering around the city Choi revisits the café without knowing that another story between he and Yeon-hee is about to begin.