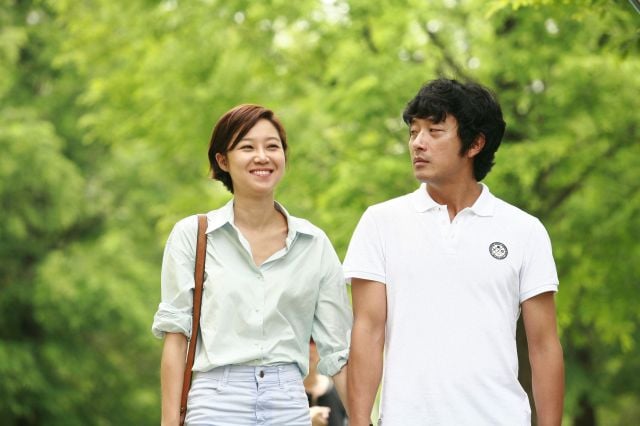 Synopsis
Many male audiences who saw 500 Days
of Summer must have felt that Summer, who was the dominant figure in the relationship, as a cold-hearted woman. Love Fiction is the opposite, a romantic comedy sticking strictly to the man's view of the relationship. An unknown novelist Ju-wol (Ha Jung-woo) falls in love at first sight with Hee-jin (Gong Hyo-jin) who works at a film importing company when the two meet at a book expo. After a series of dates, they become lovers. Yet unlike Hee-jin, who is looking for a down-to- earth relationship, Ju-wol is unhappy with
everything Hee-jin does and the two begin to drift apart. The film is seen only from Ju-wol's perspective, regarding the course of how a couple's relationship begins and ends. This film was uniquely constructed by adding the fantasy where complex inner side of Ju-wol is displayed through conversation shared with an imaginary character ' M '. It is Jeon Gye-soo's third film following his musical film "The Ghost Theater" and the realistic love story in the style of director Hong Sang-soo with "Lost and Found - 2010". Encounter of Ha Jung-woo from "The Yellow Sea" and "The Chaser", with Gong Hyo-jin, who's enjoying her big popularity from her TV romantic character will surely be interesting enough.