Korean movie of the week "The Berlin File" 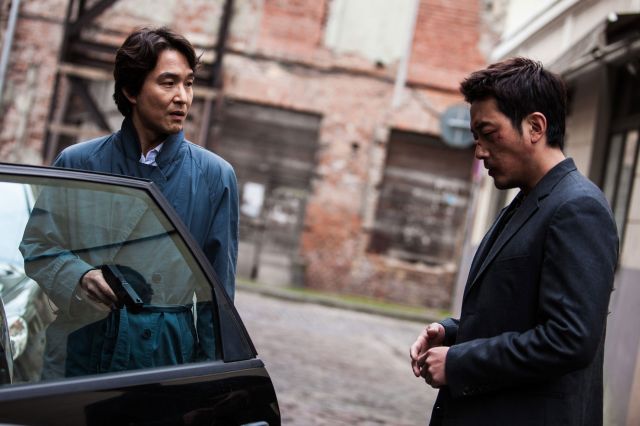 Synopsis
Jung Jin-soo (played by Han Suk-kyu), a South Korean intelligence agent, comes across an unidentifiable operative, a ghost, while surveilling a North Korean weapons deal in Berlin. The mystery figure is a North Korean secret agent, Pyo Jong-seong, whose information cannot be found on any intelligence database. Jung quickly goes after Pyo to unveil his identity and gets himself embroiled in a vast international conspiracy. In the meanwhile, another North Korean operative, DONG Myung-soo, is dispatched to Berlin with a secret agenda to purge Pyo and take control of the North Korean embassy. Dong sets a trap to frame Pyo's wife, Ryun Jung-hee, for treason and tightens the noose around Pyo's neck. Pyo surveils his wife with hopes of clearing accusation against her but he plunges into deeper confusion when he discovers her secret...