Korean Movie of the Week "The Exclusive : Beat the Devil's Tattoo" 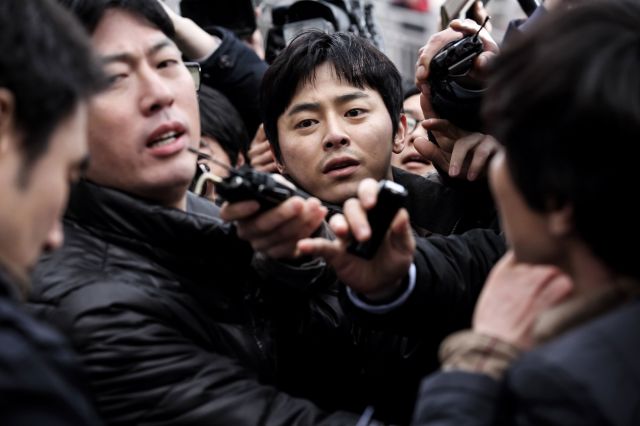 Formerly known as "Journalist" (저널리스트, jeo-neol-li-seu-teu) and "Exclusive: The Ryangchen Murders".
Synopsis
Heo Moo-hyeok, a reporter from the social issues department happens to acquire information about a serial murder case by accident. This makes him get involved in an unprecedented case of inaccurate reporting. He later finds himself facing the actual murder case in the middle of the aggressive news coverage competition by media, which does not get any better.

I thought this was the report of my life!

Reporter Heo Moo-hyeok is on the verge of getting a divorce and getting fired from work. He gets a tip off and gets the best exclusive story of his life regarding a serial killer. However, the note written by this serial killer is part of a novel called The Ryangchen Murders, but Moo-hyeok realizes his story is the biggest mistake of his life.

A case happens the way I report it!
The newsroom has no idea and is waiting for more news while the police is pressuring Moo-hyeok to tell them about the course of his report. Even a witness appears saying he knows the truth. The murder stars to occur the way Moo-hyeok reports it!

The worst mistake of his life!
The case is only about to get bigger!

Available on DVD from YESASIA and on Netflix