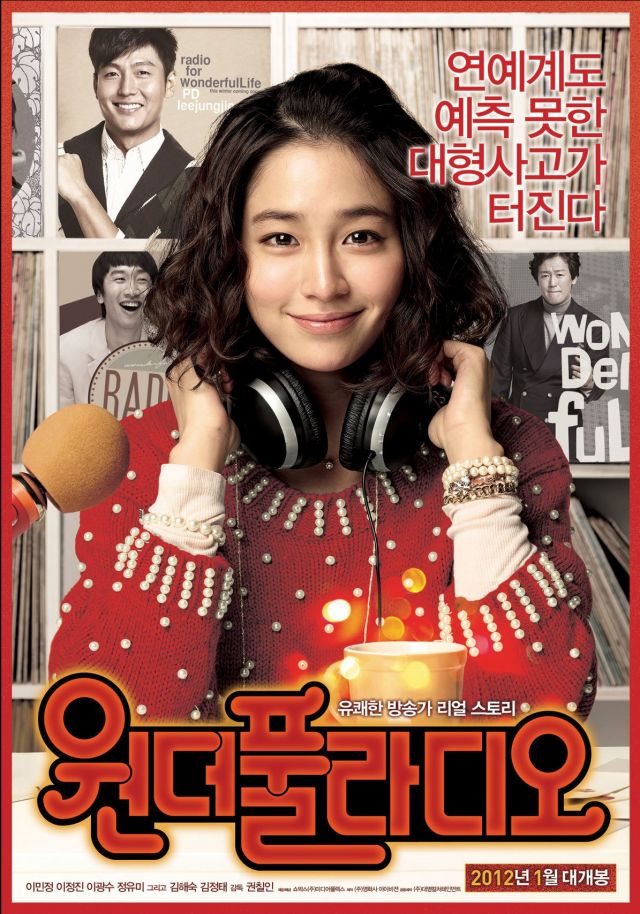 Also known as "Love On-Air"
Synopsis
Gina, the former leader of once popular girl band "Purple", hosts a radio show called "Wonderful Radio". When the producer of the program is sacked over low ratings, a new guy comes in to fill his shoes. Jae-ik is a cold, unfriendly man who only drinks iced coffee even in the winter. The easily irritable man and the conceited former diva are bound to get on each other's nerves at every corner. During another argument with her producer, Gina comes up with an idea for a new feature - inviting a listener to the studio to read out their story and sing a song. The feature turns out to be a surprise success. Over time, Jae-ik and Gina learn more about each other's past and wounds and gradually they grow closer. Then, Mira entered the picture. She used to be in the same band with Gina and hates her to the core. In an evil effort to take the DJ job from Gina, Mira spreads rumors that Gina plagiarized her songs. Gina hears about the spiteful accusation during the show and bursts out cursing on air. Gina is deeply hurt and Jae-ik is disappointed. In order to mend her broken heart, Gina decides to write songs again.