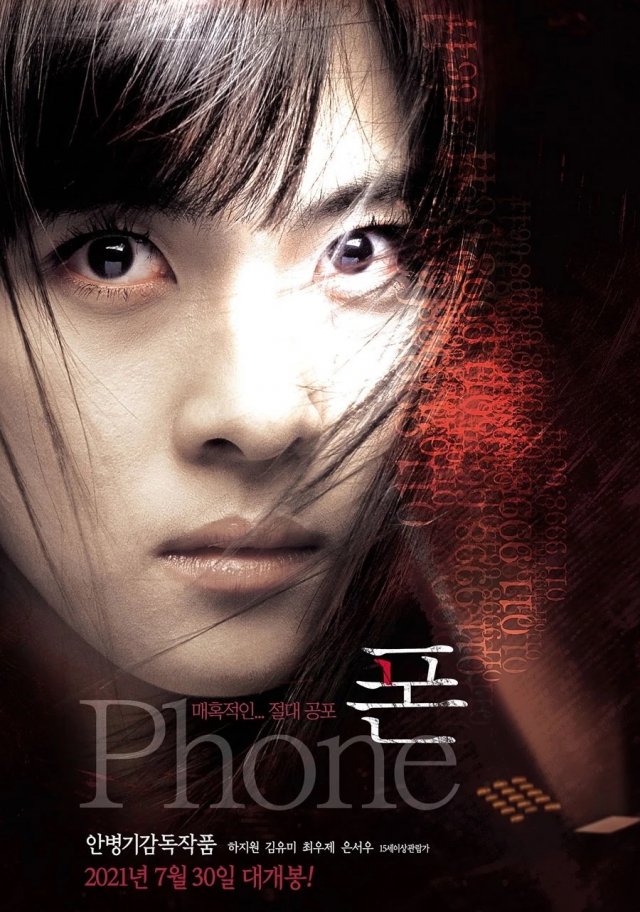 Original release date: 2002/07/26
Synopsis
A fascinating... ultimately scary PHONE
Ji-won, a magazine journalist, is suffering from a threatening phone call from an unidentified person over revelations about dating. Feeling insecure, she tries to change her phone number, but strangely, no other number can be picked except 011-9998-6644. She is forced to switch to that number, but the phone call continues to go on. One day, Ji-won met her friend Ho-jeong and she received a call, Ho-jeong's five-year-old daughter, Yeong-ju who answered the phone, began to act strange. Weirder things are about to happen to the family, Jang-hoon, Ho-jeong, and daughter Yeong-ju. Meanwhile, Ji-won is in a dangerous situation after being chased by a person who threatened her with an article revealing her relationship, and she gets out of the crisis because of the mobile phone she got then. This is because the blackmailer who answered the phone collapsed from a heart attack. Due to the continuing bizarreness, Ji-won gradually thinks there is something related to the phone and goes on an investigation to dig up this hidden fact. In the process, Ji-won learned that two of the previous owners were mysteriously killed, and the other high school girl was missing. Ji-won starts poking around the missing high school girl.