Directed by Kim Chang-rae, So Jae-yeong

Synopsis
A Korean zombie coming-of-age story. Convenience store clerk/film student Mu-Young, gets a chance to make his first movie, a zombie melodrama. The dream project turns into a nightmare. Everything that can go wrong, does. Barely surviving his disastrous shoot, he comes to realize making a movie is like love, you can't do it alone. A movie for people who love movie making, making love and zombies. 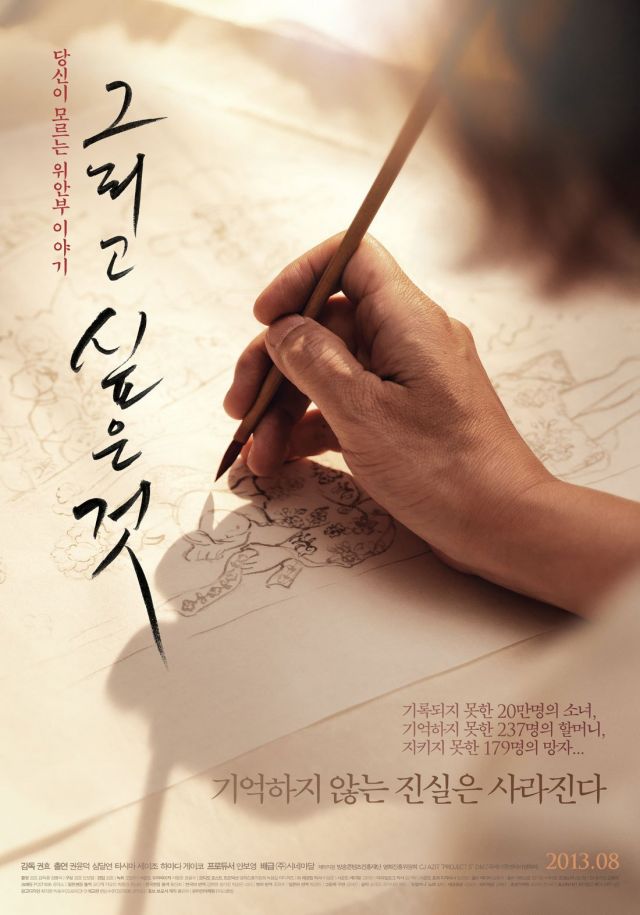 Synopsis
Picture book author Kwon Yoon-duk decides to join the 'Picture Books for Peace Planning Committee' with other authors from Korea, China and Japan to created a picture book on 'comfort women' to the Japanese colonial army. But as she proceeds, past wounds forgotten for years start to haunt her. Meanwhile Korean and Japanese authors start a heated debate over her sketch and the completion of the picture book seems to drift further out of reach.