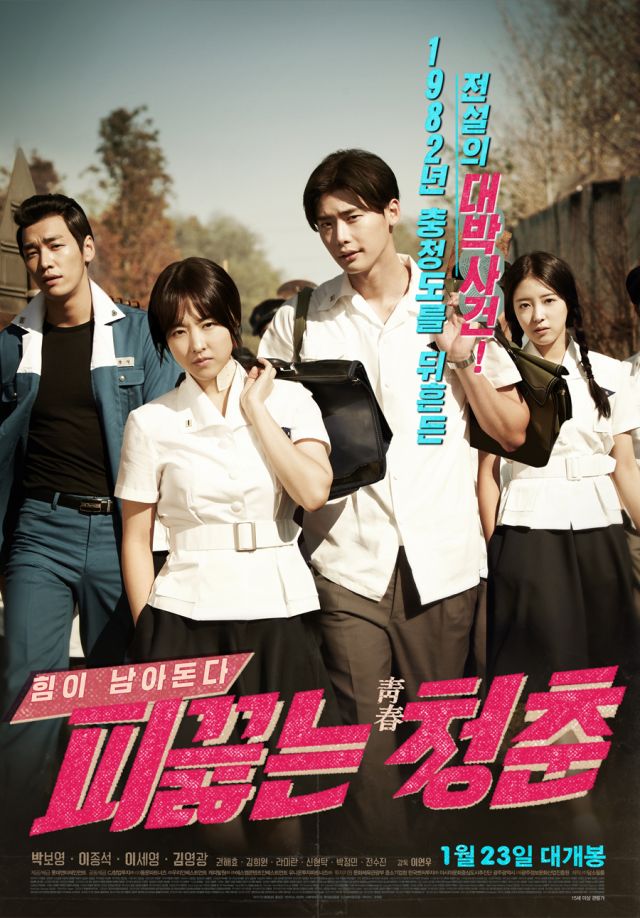 Formerly known as "Boiling Youth"
Crank in : 2013/08/01
Crank up : 2013/10/28
Synopsis
A comedy romance movie about the last generation of youths and their passionate romance based in Hongseong, Chungcheong Namdo in the 1980's. 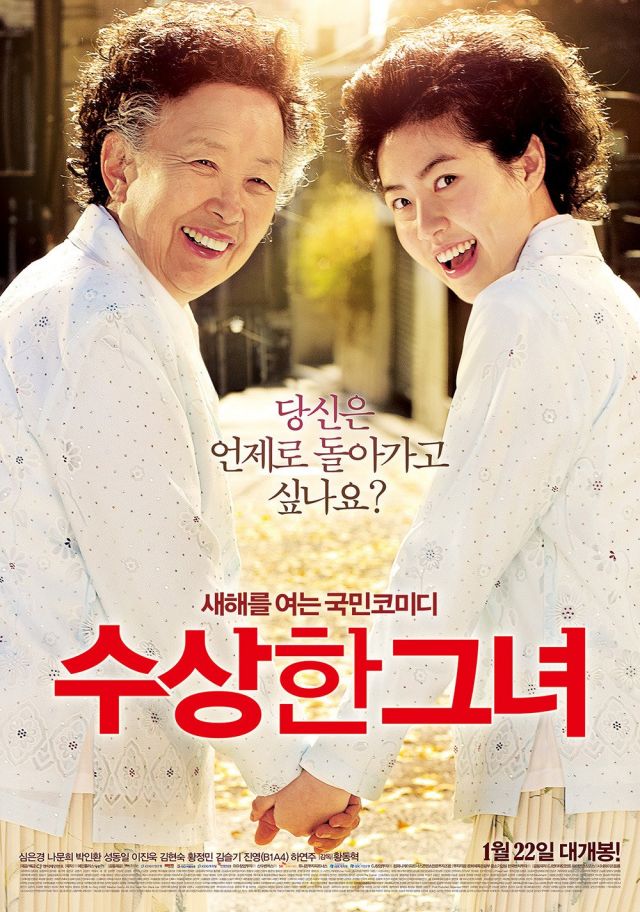 Formerly known as "Suspicious Girl" on HanCinema
Synopsis
Oh Mal-Soon (Na Moon-hee) is a 74-year-old widow that realizes she is becoming a burden on her family. As she is roaming the streets, she comes across a photo studio and decides to dress up for a self- portrait. When she walks out of the photo studio, she mysteriously turns back into her twenty year old self. Making the most out of this one in a lifetime opportunity, she changes her name to Oh Doo-Ri (Shim Eun-kyung) and decides to make the most out of her youth.
About the film
High grossing comedies such as "Sunny - 2010" and "Miracle in Cell No.7" have a few things in common: funny and unique characters, a well-structured story that will make you laugh and cry, and the cast's amazing performance. "Miss Granny" has all these essential elements that appeal to everyone regardless of age; with an extraordinary plot that depicts the adventure of a 74 year old stuck in a 20 year old body, "Miss Granny" is selected as one of the most anticipated upcoming Korean movie in January 2014. From teenagers to seniors, "Miss Granny" is a movie that all family members can enjoy together.
Director Hwang Dong-hyuk said that he was strongly attracted to the story not only because of its well- structured storyline, but also because of its potential to appeal to all different age groups. After his success with his second feature length film "Silenced", he wanted to challenge himself by directing a comedy feature length film. Rising actress Shim Eun-kyung (from "Sunny - 2010" and "Masquerade") plays the younger version of 74 year old widow OH Mal-Soon (changes her name to OH Doo-Ri).

Characters & Cast
OH Doo-Ri (Shim Eun-kyung)
OH Doo-Ri is a 20 year old lady with a fair complexion and lean body yet the way she speaks and act is extremely vulgar. When OH Doo-Ri regains her 20 year old appearance she takes advantage of her youth as much as she can. Chasing after her life-long dream of becoming a singer and finding love.

OH Mal-Soon (Na Moon-hee)
Mal-Soon is an old widow who managed to raise her only son to become a professor at National University. She takes care of everything in her family and reigns as a queen of a household, until she realizes that she is becoming a burden on her family and that she is being sent off to a senior care center.

Mr. PARK (Park In-hwan)
Mr. Park is a widower living next door who worked as a house servant in Mal-Soon's house when he was young. Since then he fell for Mal-Soon and loves her to this day. Despite his age, he is a romanticist who still worries and cares about Mal-Soon all the time. Mr. Park is the only person who knows Doo-Ri's secret.
 
BAN Hyun-Chul (Seong Dong-Il)
Mal-Soon's one and only son, Hyun-Chul is a professor at National University who specializes in studies of the elderly. Hyun-Chul is his mother's treasure; she loves him with all her heart. However, he decides to send his mother off to the senior care center when his wife Ae-Ja gets admitted to the hospital after suffering from Mal-Soon's endless nagging, eventually exploding in exasperation.

HAN Seung-Woo (Lee Jin-wook)
Seung-Woo is a good looking and skilled music station producer. One day, he goes out to look for a new singer and comes across the silver café, where Mal-Soon used to work. As he finds Doo-Ri singing at the stage, he falls instantly in love with her. 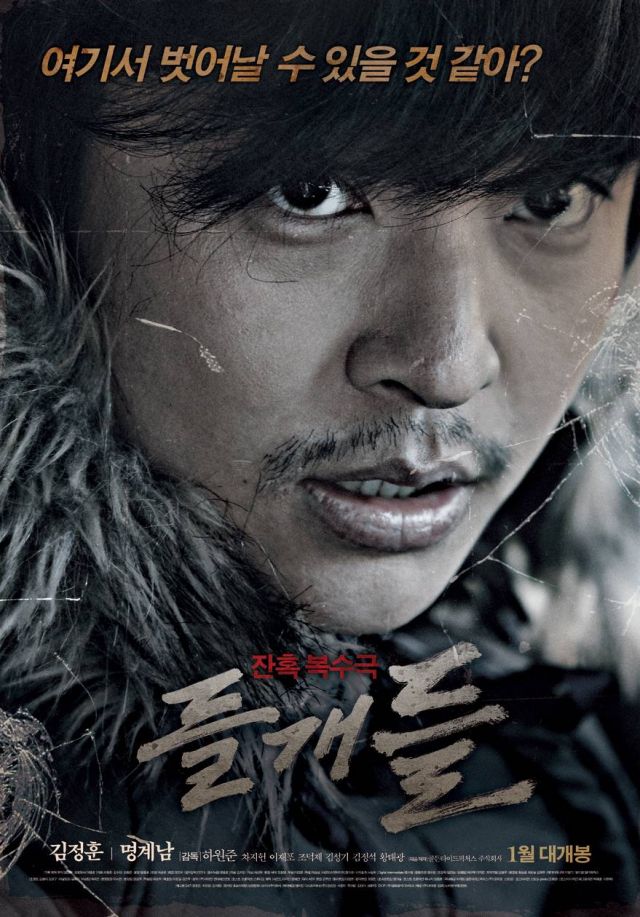 Synopsis
A reporter who lives an extreme life stumbles upon a countryside village one day and unravels the hideous secrets behind it. 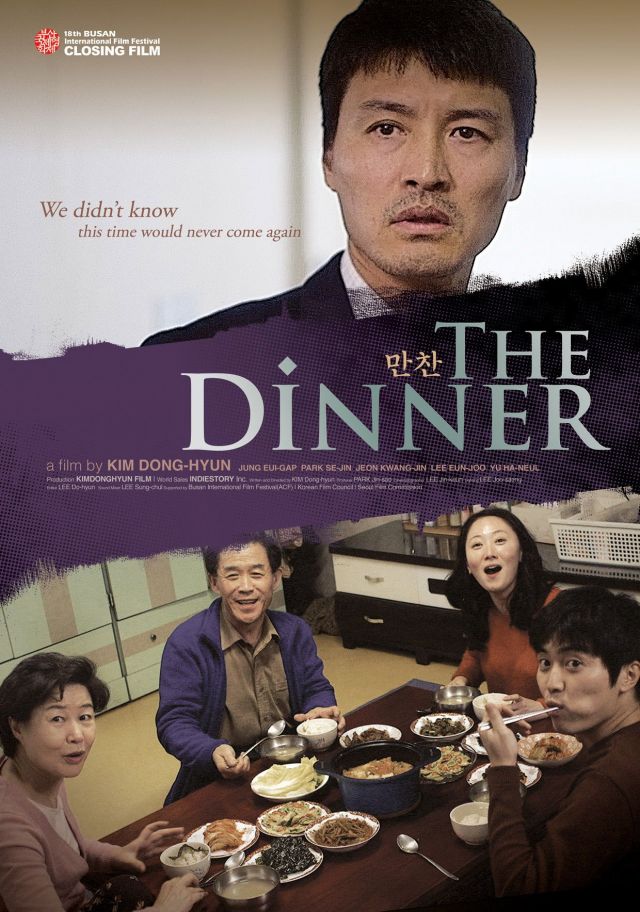 Synopsis
Meet your everyday family: an ailing daughter who is a divorced single mom; the youngest son who makes a living as a chauffeur service driver; an eldest son who tries to keep the family from falling apart; and their destitute older parents who are reluctant to ask them for money. Each has their cross to bear, but when greater misfortune falls on them, their burdens become unbearable. With his astute observations of an afflicted Korean family, Director Kim Dong-hyun-VI ("A Shark", "Hello, Stranger") shows clear signs of maturation in his craft surpassing his previous works. Realizing over breakfast that today is his wife's birthday and that none of their troubled, grown children are likely to do anything for their mother's birthday, the aging father decides to bring home hamburgers for dinner – a meal his wife never had before. Meanwhile his children are way too much in trouble to remember their mother's birthday. The youngest is paralyzed with fear after an accident. Upon the death of the daughter, her ex-husband insists on claiming his son. As the family faces with losing a child, the tragedy befallen to the family reaches its climax. With , dispassionately portrayed yet heart-wrenching, Kim Dong-hyun-VI has created a new classic of family melodrama.