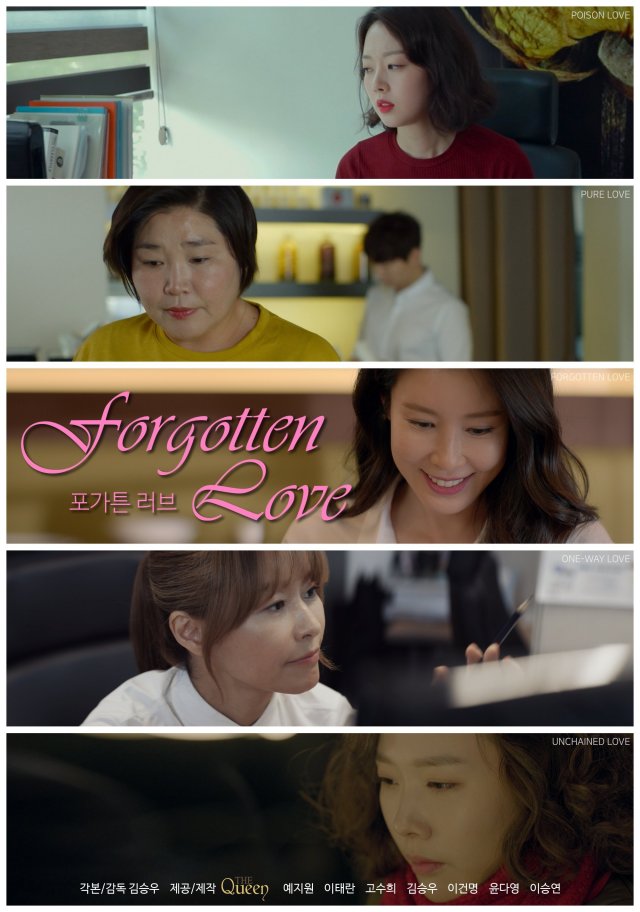 'Even if I miss them, I couldn't meet them... Even if I can't forget, I can live without seeing them'.

Poison Love (포이즌 러브, po-i-jeun reo-beu
Due to ex-girlfriend's wish, a lover broke up.
Apparently it was the man's one-sided doubts.

"Can't we love each other gain?

Pure Love (퓨어 러브, pyu-eo reo-beu)
An old friend and first love that I happened to meet at a cafe.
Fresh memories came back through stories they shared after a long time, and thy look forward to a single hope.

"The feeling of first love... It's late, but can it be felt again?"

Forgotten Love (포가튼 러브, po-ga-teun reo-beu)
"We remember a lot of facts, but not everything we remember is true".
"Sometimes, we believe it's not true, but we remember what we want to believe".

An old friend and first love met by chance, remembering the past while reminiscing old memories.
However, the pieces of memories cross each other...

'Made memories, forgotten memories'.
'If love's emotion is what's in the memory, then the memory is love'.

There is a conflict between the representative of a company and its employees, but unknown emotions sprout up.
"Is this also love? 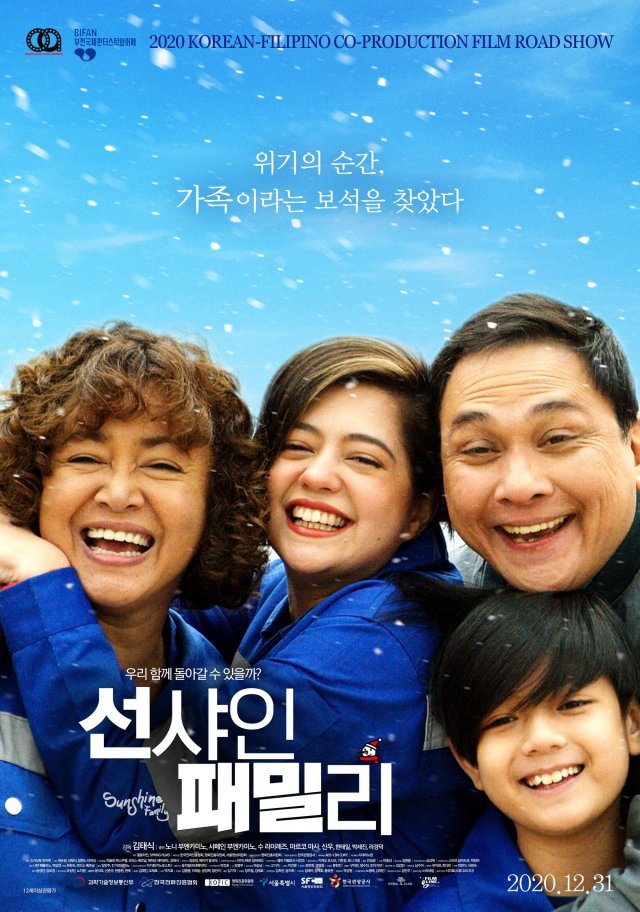 Synopsis
"Sunshine Family" is a Korean-Filipino movie based on the 1992 Japanese film "The Hit-and-Run Family". The comedy follows the calamitous Mapalad clan who have uprooted themselves from the Philippines for a better life in South Korea. After five years of getting by, they are preparing to head home however, things go awry with this bunch when the father, Don, runs over a girl one drunken night. The mother, Sonya, pulls everyone together to pull off an audacious plan of helping the father take the car involved in the accident apart but the kids have their own agendas to attend, daughter Shine is struggling to maintain her romantic relationship with a young cop and the son Max is trying to find his identity. Can this dysfunctional family work together to beat increasingly silly and absurd disasters?
Jason MAHER
Osaka Asian Film Festival 2020 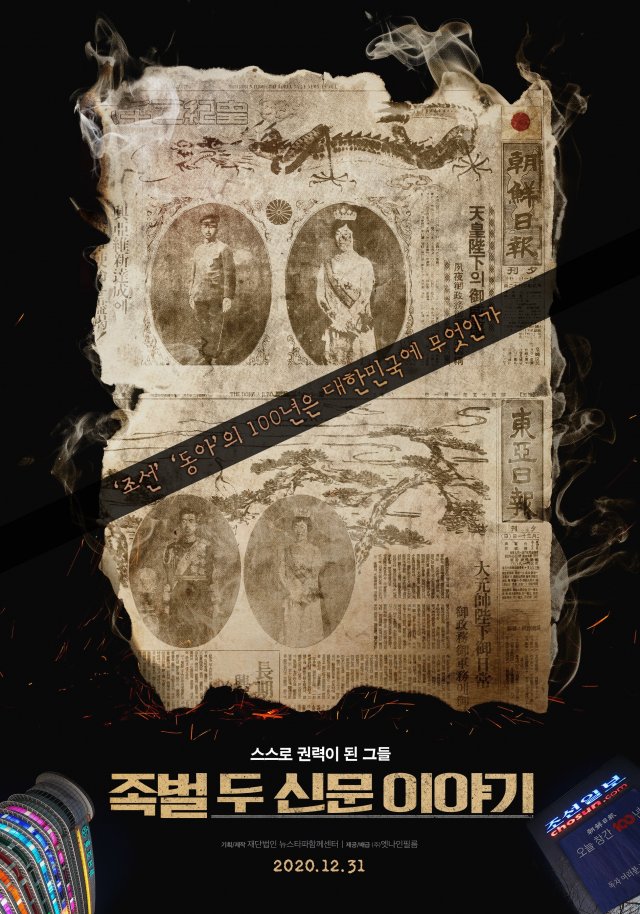 Chosun Ilbo and Dong-A Ilbo, which celebrated their 100th anniversary in 2020, boasted that the past 100 years were a history of resisting Japanese colonial rule and resisting dictatorship. But are they really proud of their history? The Chosun Ilbo and Dong-A Ilbo posted photos of the Japanese emperor and his wife on the front page of the newspaper every major anniversary of Japan's colonial rule on Japanese colonial era. The Chosun Ilbo was as loyal to the Japanese as it was to the authorities of the Japanese Government-General of Korea. However, the two newspapers have been claiming that they have resisted Japan since its liberation. Even under the dictatorship, the two newspapers were on the side of new power. They defended Park Chung-hee's May 16 military coup d'état, Yushin Constitution, and the declaration of martial law. On the other hand, reporters who fought against the oppression of the media by the dictatorship kicked them out with disciplinary action and dismissal. Under Chun Doo-hwan's dictatorship, his flattery toward power in Joseon and East Asia has become even worse. While claiming Chun Doo-hwan as "a traitor of the new era" and "a leader of the new era", he accused the Gwangju Uprising of "violence" and "scheming of the rebellious". In an attempt to rectify the power of the media, the Roh Moo-hyun administration constantly attacked when they announced it would reform the vested media.

What would the two newspapers, Chosun and Dong-A, look like in their 100th anniversary? The Chosun Ilbo and Dong-A Ilbo owners have huge real estate holdings across the country. It is the fourth generation of media giants with dozens of affiliates. The government is also recklessly making money for various types of people who ignore journalistic ethics. They published a series of articles that destroyed readers' trust, wrote promotional articles with money from companies and pseudo-religious groups, and constantly ran advertisements for Liberation Day rallies by far-right groups during the COVID-19 pandemic.

The 100 years of history of the Chosun Ilbo and the Dong-A Ilbo show that wrong press can be a social weapon. 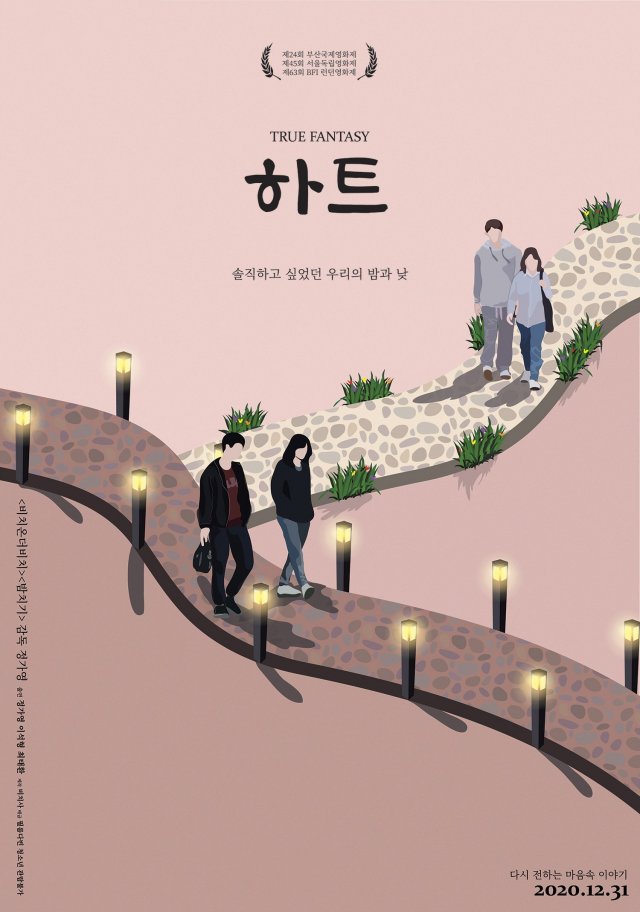 Original release date: 2020/02/27
Synopsis
Becoming fond of Yong-hoon, a married man, Ga-yeong confides her concerns to Seongbum, another married man who likes her. Seongbum advises Ga-yeong that she should not have an affair with Yong-hoon, but he doesn't refuse Ga-yeong himself who keeps coming to him.