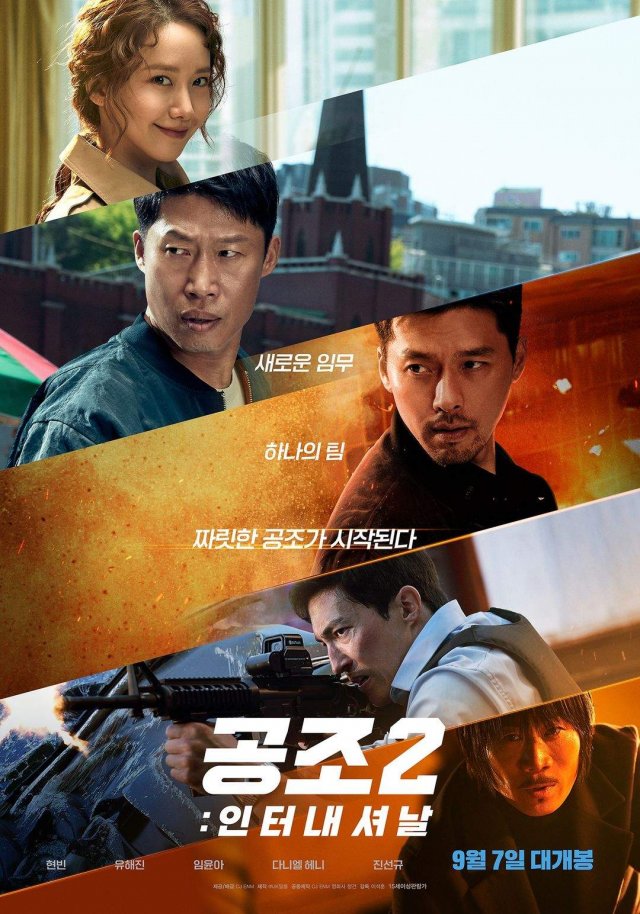 Starts filming 2021/02/16~2021/06/15
Synopsis
A movie about a North Korean detective, Im Cheol-ryeong, who was dispatched to South Korea to go after a brutal and elaborate criminal organization, a South Korean detective, Kang Jin-tae, who volunteered to return to Gwangsu University, and a US FBI agent, Jack. The movie portrays the unpredictable cooperation between the two Korean and American detectives who united for their own purposes. 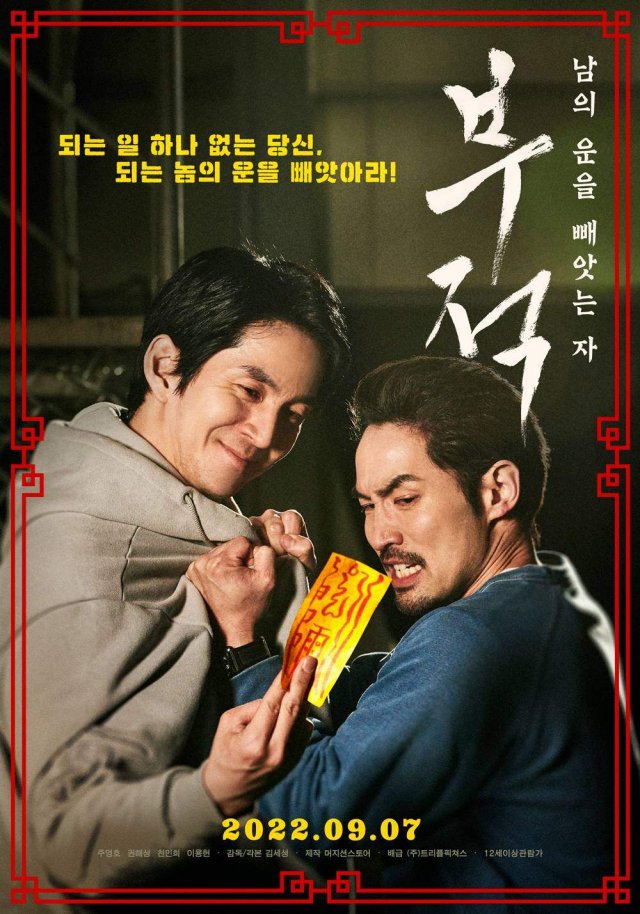 Synopsis
"Put your luck on me!"

Gi-sam is an unknown actor who fails auditions every time. He is envious of the star, Woon-cheol, who is on a roll in everything and is about to advance to Hollywood. One day, Gi-sam learns that there is a mysterious talisman that can take away his luck, and learns that all of Woon-cheol's luck is also the effect of the talisman that took away his own luck...

To those who want to succeed, get the talisman! 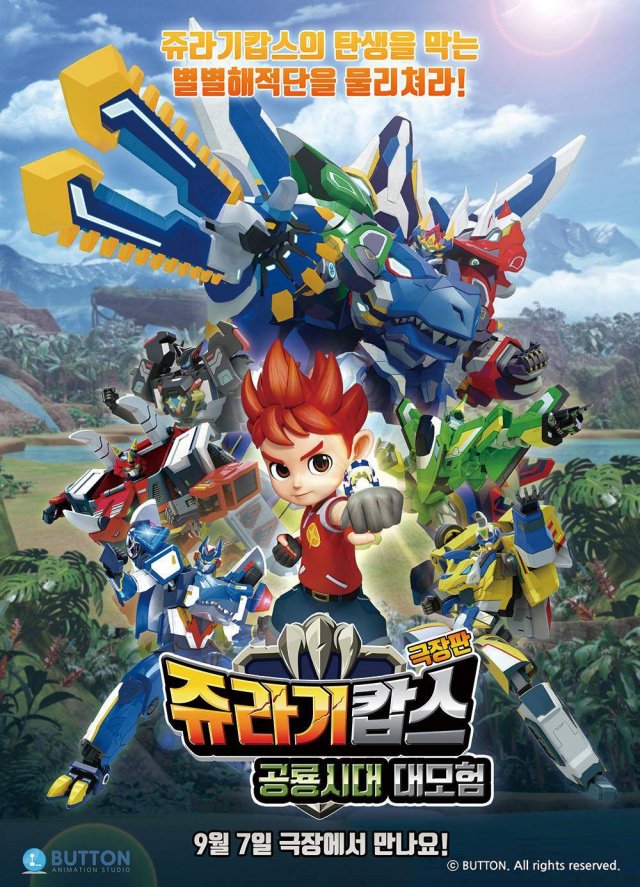 Synopsis
Defeat the starry pirate that prevents the Jurassic Cops' birth!
In the peaceful Light City, Gong-chan and friends find unidentified merchants selling mini dinosaurs in front of the school. They are the villains who they thought were gone, Piggyback-dan! Using a time cube that can travel through time, the dinosaurs of the dinosaur age are brought to you by making mini-dinosaurs, and then they make them huge and attack the earth!

Meanwhile, Piggyback-dan that returned to the past attacked a young captain 65 million years ago, preventing the birth of Jurassic Cops to annihilate the present Jurassic Cops. And Gong-chan's group was taken away by the enemy and trapped in the dinosaur era. Gong-chan and his friends who escaped from the dinosaur era and succeeded in reviving Jurassic Cops with the efforts of Gongchan's mom! They will return to the present and have a final duel with the Piggyback-dan, which attacks the city with the Meka dinosaur, with the fate of the earth at stake! 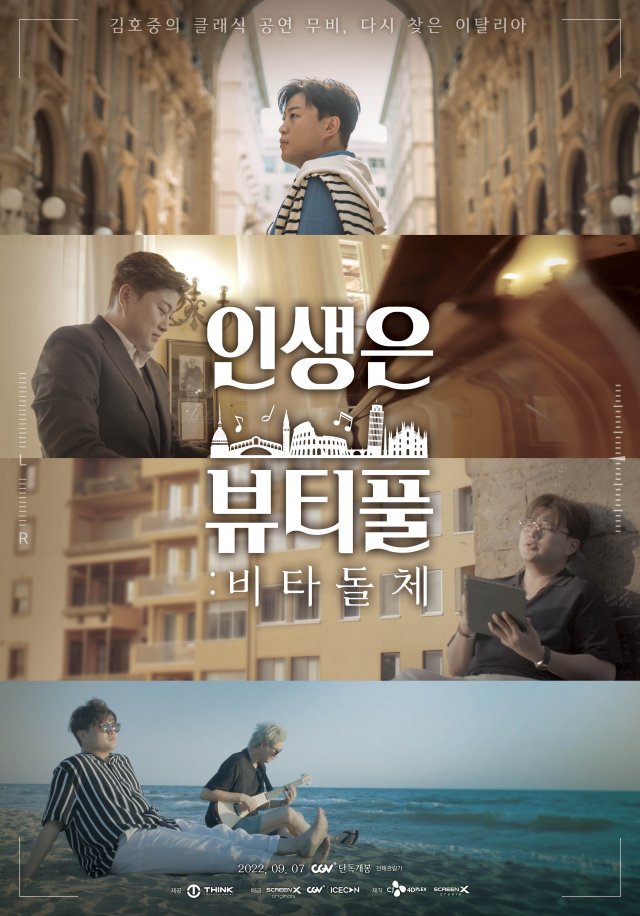 Synopsis
The story of being cut out of a box, the story of a young man, singer Kim Ho-joong, who was locked in people's eyes and couid not be seen, and his sincere voice who is trying to escape from it.

Breaking away from the stereotype of trot singer Kim Ho-joong, it is composed of classical music that made him passionate about music for the first time. 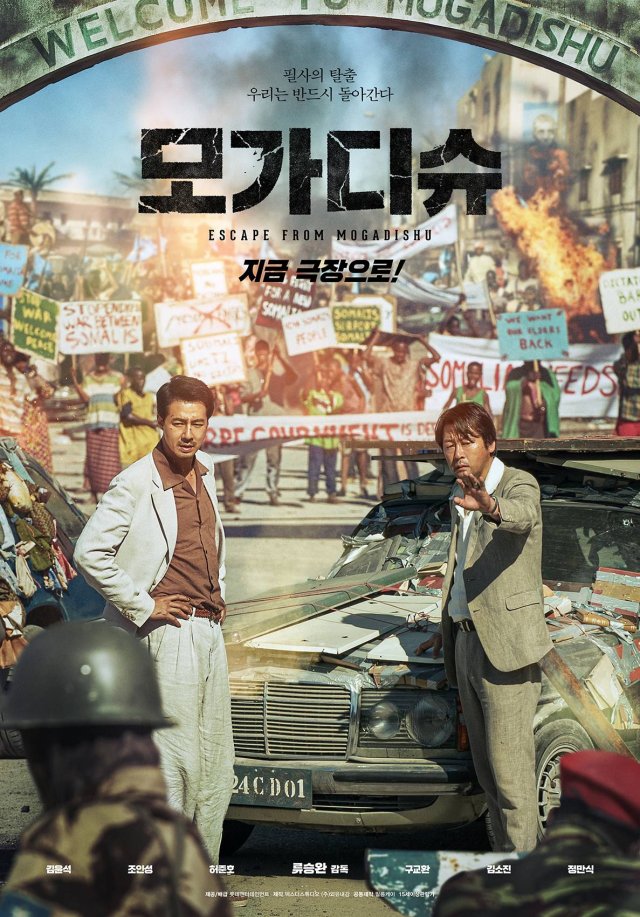 Original release date: 2021/07/28
Synopsis
"Escape from Mogadishu" deals with a real-life defection incident between the two Korean embassies in Somalia back in the nineties that purports to explore the relevant motives behind the event.