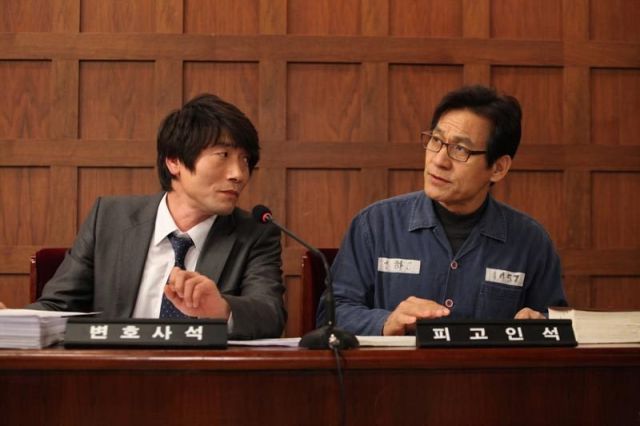 Korean movies on social issues have been heating up the local box office.

"Dancing Queen", a comedy about a middle-aged married couple who each pursue their lost dreams, and "Unbowed", a low-budget courtroom drama based on a true story, have both broken the 3-million mark of viewers in less than a month of their release.

According to data compiled by the Korean Film Council, "Dancing Queen" and "Unbowed" attracted 3.09 million and 3 million viewers, respectively, as of Saturday since their release on Jan. 18.

The film "Dancing Queen", touches upon major current issues such as free school meals and the government's policy measures to boost the country's dwindling birth rate, which are intertwined with the plot in which the main male character leads a mundane life, until he accidentally begins running for Mayor of Seoul, while his wife follows her childhood dream to become a pop singer.

The film "Unbowed", which translates directly as "Broken Arrows", tells the story of college mathematics professor Kim Myeong-ho, who served four years in prison until early last year after undergoing a series of court ordeals for allegedly attacking a judge with his crossbow.

After losing a series of lawsuits he filed for reinstatement after being "unfairly" fired for spotting an error in the school's entrance exam, the professor visited a presiding judge who had rejected his appeal with a crossbow in his hand, demanding a fair judgment.

The movie prompted intense public attention to the case, while highlighting public distrust of the judiciary.

Speckles: The Tarbosaurus", a locally produced 3D animation film, drew 745,257 viewers as of Saturday to become the second most popular local animation film in history. The No. 1 was "Leafie, A Hen Into The Wild", which was screened in 2011 and drew 2.2 million viewers. (Yonhap)

"Korean movies reflecting social issues fly high at box office"
by HanCinema is licensed under a Creative Commons Attribution-Share Alike 3.0 Unported License.
Based on a work from this source