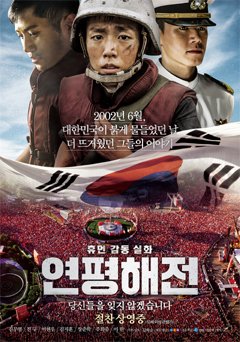 Actor Lee Hyun-woo also won a best supporting actor award for his role as a combat medic in the film.

The film, directed by Kim Hak-soon, depicts the story of the brave soldiers of Chamsuri 357 naval corvette in a skirmish with North Korea in waters off Yeonpyeong Island in the West Sea in June 2002.

The flick was released in June 2015 and attracted 6.04 million box office viewers.

"Korean Patriotic Film Pulls in Awards at Houston Film Fest"
by HanCinema is licensed under a Creative Commons Attribution-Share Alike 3.0 Unported License.
Based on a work from this source