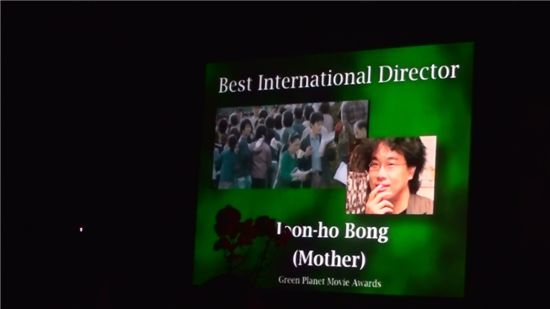 Korean film "Mother - 2009" and a handful of Korean actors picked up multiple awards including the prize for Best Foreign Culture Film of the Year at the 2nd Green Planet Movie Awards held in California, according to event sponsor Korea Green Foundation (KGF) on Thursday.

KGF announced in a press release that film "Mother - 2009" and Korean movie stars were handed a total of 12 awards in nine different categories at the event, which took place at the Westin Bonaventure Hotel & Suites in Los Angeles on March 23 (local time).

Top Korean actors Lee Byung-hun and Choi Min-sik were named 10 Best International Actors of the Decade (Asia) while Kim Yun-jin and Kim Hye-soo were chosen in the same category for actresses.

Green Planet Movie Awards, formerly known as the Green Globe Film Awards, is one of the largest international film events in Hollywood which promotes film, Asian culture and a "green" environment.

Winners were selected by viewers -- composed of fans and critics from around the world -- who submitted their votes on the official website by March 15.

The Korean film industry had received much hype prior to the awards ceremony for scoring 62 nominations, the most from any Asian country. 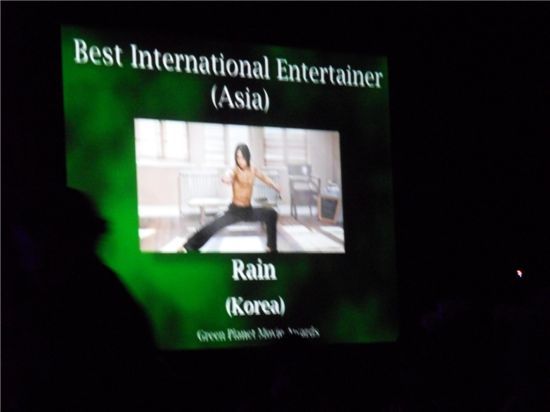 "Korean pic "Mother - 2009", stars win big at Green Planet Movie Awards"
by HanCinema is licensed under a Creative Commons Attribution-Share Alike 3.0 Unported License.
Based on a work from this source